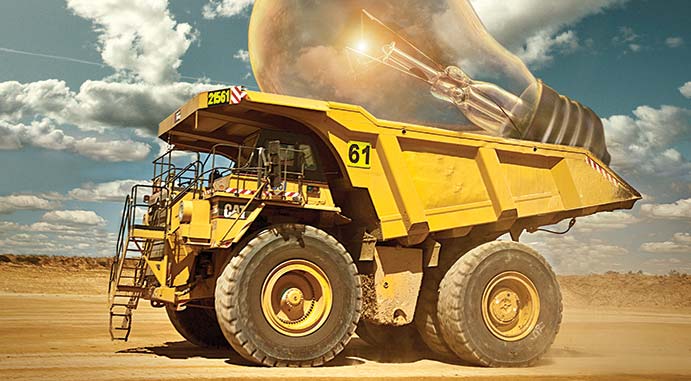 A new high-tech research project in the Latrobe Valley will make open-cut mining safer for Victorian workers and the community.

The $2.2 million Batter Stability Project was launched at Energy Australia’s Yallourn Mine in Gippsland yesterday.

Researchers from Federation University will carry out the five year project at the Yallourn Mine site with technical support from the Victorian mining regulator, Earth Resources Regulation.

It involves geotechnical and hydrogeological studies of mine batters, which are the sloping pit walls between the top of the mine and the pit floor.

These slopes can become unstable due to the interaction of surface and ground water levels, excavation work and the structure and strength of soils and rock.

In worst-case scenarios, a slope could collapse or create a sink hole putting the safety of workers, the community, public infrastructure – such as roads – and the environment at risk.

The project stems out of recommendations by Victoria’s independent mining Technical Review Board to study the risk factors that affect batter stability in mines, to make them safer.

Minister for Energy and Resources Lily D’Ambrosio said the findings from the research project will be used to make open cut mining in Victoria safer for workers and the community.

“This partnership between the Andrews Labor Government, Federation University and Energy Australia is a great example of how we can work together to make mining operations in Victoria among the safest and most sustainable in the world.”

Member for Eastern Victoria Harriet Shing said the research will help make open pit mines safer and more sustainable for local mine workers and communities in the Latrobe Valley.

“We have an amazing wealth of local knowledge and technical skill right here in the Valley that will feed into this important mine safety project,” she said.

The findings will be used across all of Victoria’s open pit coal mines to help prevent major accidents, such as wall collapses, and ensure mine rehabilitation is safe and stable into the future.

Field work will start immediately, with the project due to be finished by June 2020.