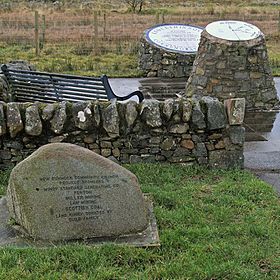 The Knockshinnoch disaster was a mining accident that occurred in September 1950 in the village of New Cumnock, Ayrshire, Scotland.

This year marks 70 years since the Knockshinnoch Disaster, a mining accident which claimed the lives of 13 men.

On Thursday, 7 September 1950 at approximately 7.30 pm – during the afternoon shift – a large volume of liquefied peat or moss broke down into the No. 5 Heading section of the ‘Main coal’ seam in the South Boig district of the mine. The liquid matter had come from a glaciated lake just below the surface. 135 men were underground at the time.

The miners were trapped down the pit, with the peat sludge fast approaching. Rescuers worked round the clock to get to the men before the sludge did and before the air quality declined to lethal levels.

Three days after the collapse the majority were rescued, though thirteen men sadly lost their lives and were not recovered from the mine until months later.

Below is video footage of a news report on the disaster from British Pathe. 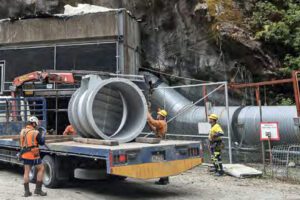 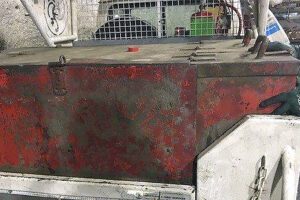 Touching tribute to fallen mineworkers
Emergency at Moura – What did we learn?
Comment