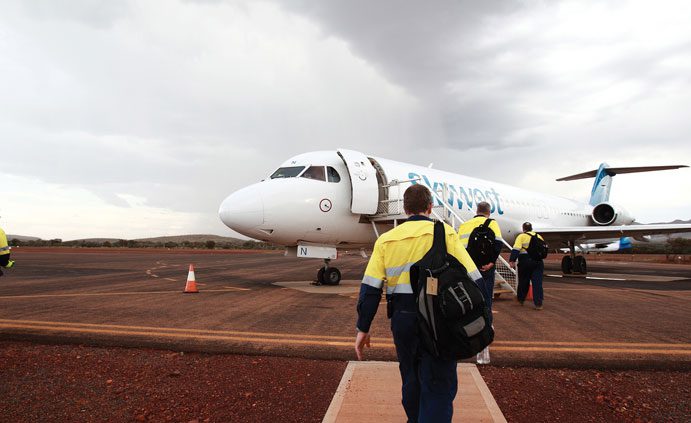 The West Australian government has been accused of abandoning fly-in fly-out workers after it refused to establish the recommendations in a state inquiry into the mental health impacts of FIFO.

The state government advised on Tuesday that it supported 14, noted 15 and partially supported one of the 30 recommendations in the final report handed down by the parliamentary committee, saying many could be achieved by strengthening existing codes of practice.

“The health and safety of workers in the resources industry is one of the Government’s highest priorities,” Mines and Petroleum Minister Bill Marmion said.

“Mental health is a community-wide concern and any information highlighting factors influencing the incidence of mental health issues among vulnerable sections of the community is welcomed.

“We will now work with the Mining Industry Advisory Committee (MIAC) and the Mental Health Commission to address the report’s recommendations.”

“A strong evidence base is vital as we continue to develop effective and targeted initiatives to support mental health in workplaces and to reduce the risk of suicide across the State,” Mrs Morton said.

The joint leadership of the Australian Manufacturing Workers’ Union, the Construction, Forestry, Mining and Energy Union, and the Electrical Trades Union condemned the State Government “for abandoning FIFO workers.”

AMWU State Secretary Steve McCartney said unions were concerned about the government’s failure to accept the report’s recommendation to establish a FIFO Code of Practice, according to The Australian.

“Unions pushed for this inquiry and we welcomed the bipartisan report, which rightly recommended the establishment of a Code of Practice to address employees mental health,” Mr McCartney said.

The Electrical Trades Union said a Code of Practice should be established as a “matter of urgency”.

“We expected the Liberal State Government to take these recommendations seriously, but instead we see it walking away from any tangible commitment to the well being and mental health of FIFO workers,” secretary Les McLaughlan said.