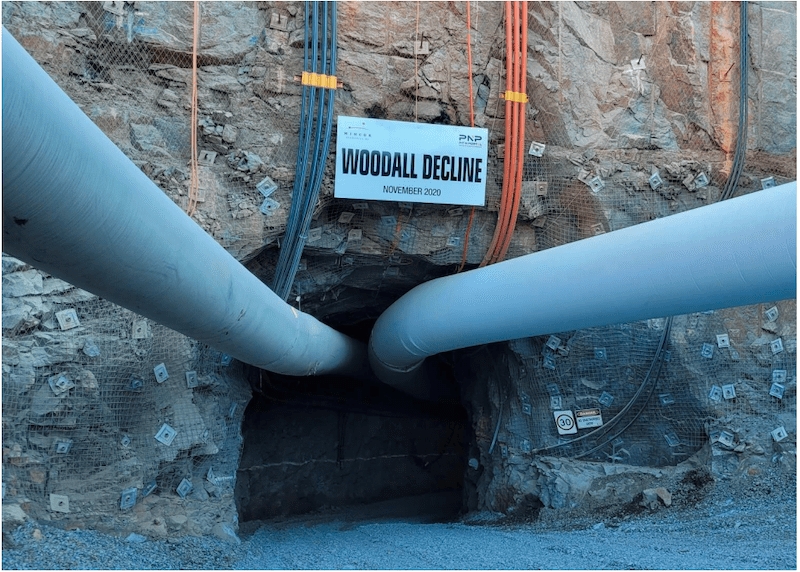 Government of Western Australia, Mines and Petroleum Minister Bill Johnston on 30th March 2021 congratulated Mincor Resources at the opening of its Cassini nickel mine, 60 kilometres south of Kambalda.

The underground project forms the cornerstone of Mincor’s Kambalda nickel operations, which includes the Long and Durkin North mines and the proposed restart of the Miitel mine.

With a total investment of $179 million, the projects will create more than 200 jobs during operations.

Cassini is a greenfields discovery that will contribute 56 per cent of Mincor’s total nickel over the initial five-year life of the project, with first nickel concentrate to be delivered early 2022.

Future exploration drilling is planned as the mining development advances, with expansion also possible through the main deposit and the adjacent Cassini North prospect.

Mines and Petroleum Minister Bill Johnston said: “To open a new mine is a massive achievement, but to be opening it only a few short years after a massive market downturn and during a pandemic is close to a miracle.

“On behalf of the Western Australia Government, I congratulate the Mincor team for the courage and tenacity they have demonstrated in backing its exploration geologists and developing this significant new mine.

“It is fitting that this milestone in the history of Western Australia’s resources sector pays tribute to Dr Roy Woodall, a visionary who knew exploration is risky, but absolutely essential.

“Exploration is the lifeblood of Western Australia’s resources sector and if it leads to a new mine, then new jobs are created.”

Mincor’s Managing Director, David Southam, said: “This is a tremendous milestone for Mincor, for our employees, shareholders, suppliers, strategic partners and other key stakeholders, and for the Kambalda nickel district more broadly. The official opening of the first new nickel sulphide mine in the region in over a decade is a proud moment, and one that signals the start of a new chapter for this world-renowned nickel district.”

“We are also deeply honoured that the Woodall family has allowed us to celebrate the legacy of Dr Roy Woodall AO, the ‘father of Kambalda’, by naming the Cassini Decline the ‘Woodall Decline’. This is a wonderful symbolic connection between Kambalda’s rich past and its exciting future as a key supplier to the booming battery metals sector, fuelled by the burgeoning electric-vehicle industry worldwide.”

Mincor’s Chairman, Brett Lambert, said: “Today’s official opening ceremony marks a key milestone towards realising our vision to resume profitable and sustainable nickel sulphide mining in Kambalda, and to do so in an environmentally responsible and ethical manner that will see this great nickel province return to the forefront of Class-1 nickel production globally – playing a key role in the impending global energy transformation.

“I would like to take this opportunity to acknowledge the strong support we have received from a number of parties in advancing our Kambalda Nickel Operations to the cusp of production. I would like to sincerely thank the Traditional Owners, the Ngadju People, Minister Johnston and his Department for their support in a very streamlined approvals process, the Shire of Coolgardie, our strategic partner BHP Nickel West, our contracting partners including Pit N Portal, our financiers BNP Paribas and Société Générale, our supportive shareholders and, most importantly, our hard-working team at Mincor.”