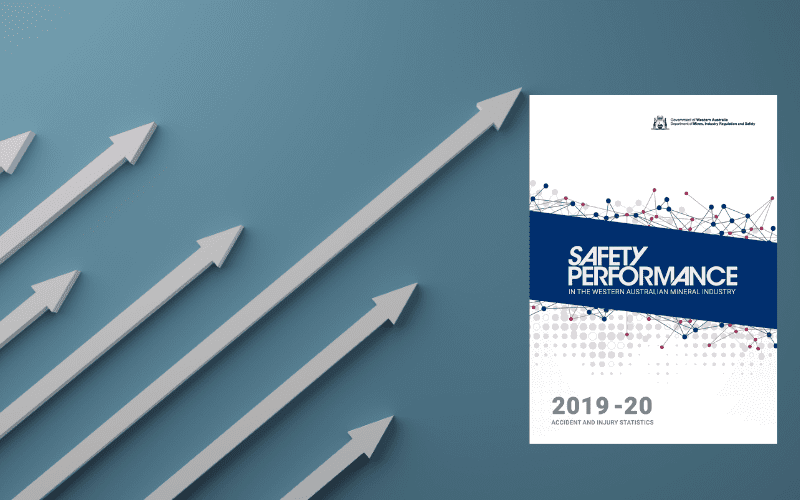 The Western Australian mine safety regulator has released the annual report of safety performance in the Western Australian mineral industry for 2019-20. The latest report statistics should raise the eyebrows of the State’s 135,000 mineworkers with increases in mining incidents occurring together with two fatalities and more than 378 serious mine safety incidents occurring in the state over the course of the 2019/2020 year.

57-year-old truck driver Ricky Hanson was fatally injured when the mechanism used to open and close a tarpaulin cover on a road train trailer failed while he was in the process of closing the cover. He was operating it by a switch adjacent to the trailer’s front end.

The top roller bar of the cover-closing system broke, and the supporting arm it was attached to at the front of the trailer swung through a downwards arc, ending near the location of the switch. It appears it may have struck Ricky. He was found unconscious, and later died in hospital.

Howard Prosser, a 64-year-old contractor received fatal crush injuries in an incident involving the telehandler he was operating at a mine.

The Mine Safety Regulator said that “It appears the worker may have been trying to exit the telehandler when he fell to the ground. The vehicle continued to move, and while apparently attempting to regain control of it the individual became caught and crushed between the vehicle and a fence. Medical care was provided, but the worker later died in hospital.”

13 mineworkers have died in the Western Australian mining industry between 2015-2020 according to the regulator.

The regulators’ report confirmed that 378 serious lost time injuries were reported in the Western Australian mining industry during 2019-20. The figure reveals a slight increase in the total from previous year of 365.

457 lost time injuries occurred in the sector that resulted in 11,000 days lost (including exploration). This is likely somewhat skewed because some injuries go on well after the cut-off date of 30th June 2020.

In his report to the Industry Western Australia’s State Mining Engineer, Andrew Chaplyn highlighted that while some aspects of the state’s injury statistics showed improvement, many mineworkers were being put in harms way.

“There were two fatalities in the State’s mining industry in 2019-20, one each at an iron ore operation and a nickel operation. A further 378 mine workers suffered a serious lost time injury (LTI) – an injury that disables a worker for two weeks or more. Unfortunately, 87 of these serious injuries involved either an amputation, fracture or crush injury. However, the overall mining LTI frequency rate improved by around five percent during 2019-20.

These figures are a reminder that we still have too many workers being put in harm’s way.”

Consultant Editor for Australasian Mine Safety, John Ninness said the statistics were still concerning. “While we appreciate that there has been some improvement, the social impacts of workplace accidents and fatalities are simply not quantifiable. There are families grieving for lost loved ones, injured workers who are frustrated because they were unable to secure the incomes that they once had and, in some circumstances, the impact of the injuries results in post-traumatic stress for those injured and in the worst scenario, family breakdowns or even suicides.”

He told AMSJ that “seldom do we see occupational diseases like Noise Induced Hearing Loss captured in regulatory statistics.”

“There is room for improvement in metrics. We can never rest on our laurels when it comes to the impacts of workplace injuries and fatalities” he said.

The Western Australian Mine Safety Statistics report report revealed a range of high potential incidents including an Explosion by arc flash where the explosion occurred in an MCC room when an electrician was burned to his hand and wrist.

The Western Australian mine safety regulator has implemented a Workplace Health and Safety Bill; A code of practice for mentally healthy workplaces for fly-in fly-out workers; A requirement for health and hygiene management plans; an expanded mentally healthy workplace online hub; and up-to-date, online traffic management resources in the past year as a means to reducing potential injuries in the sector.

Mining the largest contributor to the economy 2019-2020