AMSJ » Why water sucks when it comes to dust suppression 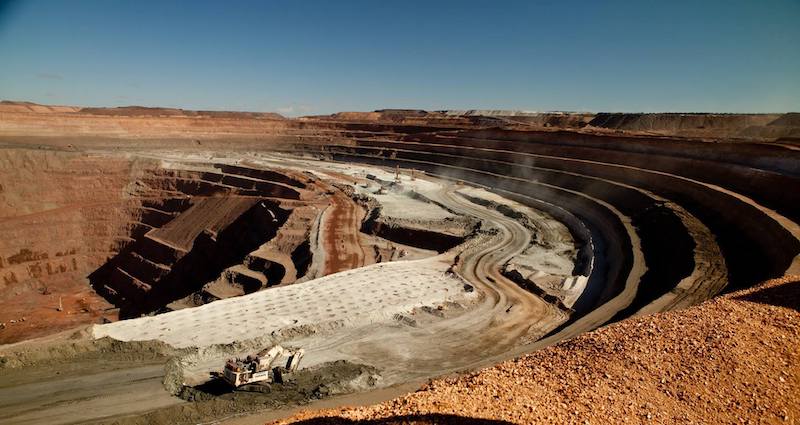 GRT: Drill and Blast Dust Control, is a two-pronged attack on the hazardous, respirable dust generated from drill and blast activities. The first product, GRT: 12X targets the dust generated by drilling for blasting and exploration. GRT: 12X super-activates drill water so it saturates and captures the fine, hazardous dust drilling can generate, preventing it from becoming an airborne hazard. The second prong is GRT: DC Binder, a polymeric additive that prevents hazardous airborne dust being generated from the piles of fine Drill Cuttings (DC) by creating a tough surface crust that binds the hazardous dust particles in place.

According to GRT General Manager, Daniel Grundy, GRT 12X and GRT: DC Binder are a response to a major issue facing the mining industry when it comes to lessening the air pollution caused by its activities – namely that water ‘sucks’ when it comes to dust suppression.

“This is a rather blunt assessment, but the fact is that traditional water-based methods employed by miners to mitigate the generation of coal, silica, and other hazardous dust are ineffective due to the water’s chemistry, and wasteful due to the amount of continual watering required to try and manage mining dust. GRT: 12X and its sister product DC Binder have been developed and trialled over a half-decade period as a scientific response to this issue and present an effective, sustainable, safe, non-toxic, biodegradable alternative that stops dust from drill and blast activities at the source rather than drift across the mine site – impacting workers and neighbouring communities.”

This technology is designed by GRT to resolve the issues caused by traditional methods of dust suppression in that traditional methods using solely water to capture particulates are quite ineffective due to the respective properties of the two particles – resulting in them repelling each other like two positive ends of a magnet.

When GRT: DC Binder is combined with the 12X Dust Suppression for drilling they work in a complementary manner in that 12X captures dust particles preventing them from becoming airborne, then GRT: DC Binder is used to ensuring that the hazardous material does not then spread from where it falls by binding the cuttings together in one location.

This ensures blast pattern dust control by preventing the super fine dust from becoming airborne when disturbed by the wind, vehicles, or even members of the blast crew as they work in the drill pattern area.

“Our entire philosophy at GRT is based on dynamic dust management – that is proactively resolving the problem of air pollution at its source via our engineering processes and product suite to stop the issue in its tracks,” Mr Grundy said.

“Our goal is ending dust as a mine site hazard – with our offering designed to provide comprehensive, the whole of mine site solutions to ensure that workers, communities, nearby farmers, and the environment aren’t negatively impacted by mining activity. This approach accounts for the entirety of site infrastructure involved in mine site operations from drill and blast to excavation and hauling, processing and then offsite transport to the port and beyond.”

Visit globalroadtechnology.com for further information about the company and its products.