AMSJ » Water truck engulfed in flames at NSW mine 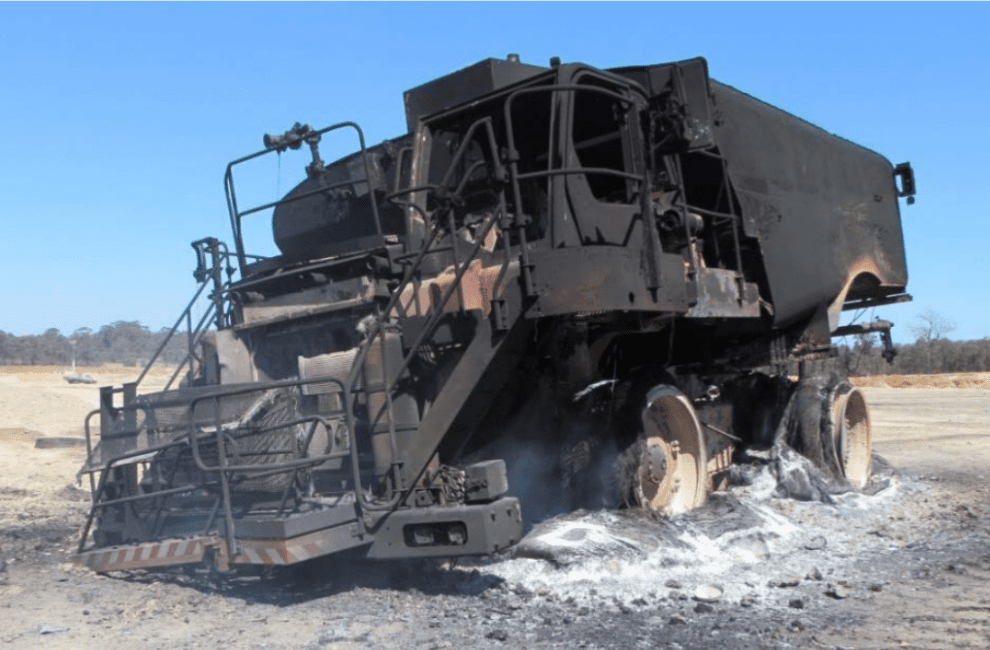 A safety alert by the NSW Department of Industry’s Resources and Energy division has been released after a fire destroyed a Caterpillar 777F water truck at an open-cut coal mine on October 15.

According to the report, the truck was watering a ramp leading to a production area when the operator noticed smoke in the rear-view mirror. The operator began the mine emergency procedure via the two-way radio and continued to drive the vehicle down the ramp to an isolated location.

During this time, the power steering system failed. The operator stopped the truck well clear of the ramp, exited the vehicle and used an emergency stop to shut down the engine, which was engulfed in flames.

“In accordance with site procedures, an exclusion zone was established around the machine to manage the risks associated with a tyre fire. As the fire intensified, the front right-hand tyre exploded, resulting in the wheel rim coming to rest approximately 100 metres from the truck,” the report said.

The operator was not injured, and investigations are still continuing into the cause of the blaze.

Issues being examined in the investigation include the possibility the fire was initiated as a result of damage to 24V wiring on the machine, whether the automatic fire suppression system activated during the fire, and the machine’s maintenance history and breakdown records for any indication as to other potential causes.

The mine has reportedly engaged an independent forensic engineer with specialised skills in investigating machinery fires.

The Department recommended mine operators review their engineering control plans with regard to a requirement for the installation of extra-low voltage electrical systems on heavy mining equipment, and they should also review their electrical maintenance inspection procedures.

For more recommendations, visit the Department of Industry website.