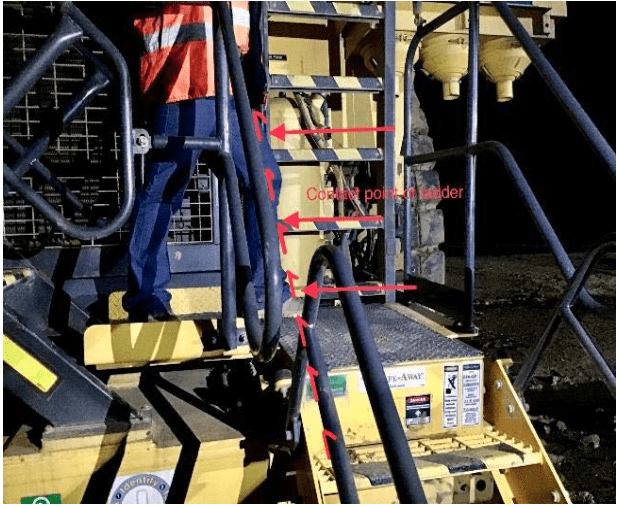 Resources Safety & Health Queensland has reported an incident where a worker was struck by a moving stairway on a truck.

According to report, a coal mine worker was struck by a moving stairway on a truck. The worker has responded to an alarm that the stairs had failed to raise.

The worker placed one leg into the space when the stairs raised and struck the worker on the leg.

In response to the incident Resources Safety & Health Queensland recommends:

• Consider the establishment of “No Go” zones, or restricting access where a retractable ladder has the potential to move into a space that a coal mine worker might occupy.

• Design of retractable ladders should be reviewed and modifications identified that ensure workers cannot be caught between stationary and moving parts, with reference to lessons from Safety Bulletin 185 being applied to all mining mobile equipment on site.

• Ensure you are out of the “line of fire” at all times when accessing mobile equipment.