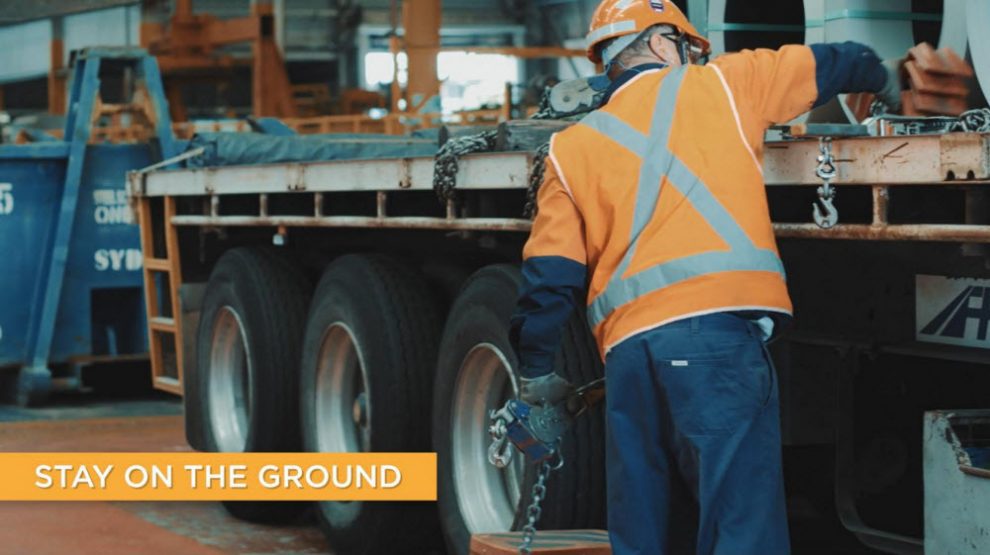 A hard-hitting new safety video has just been launched by WorkCover, addressing the high-risk activity of loading and unloading flatbed trucks and trailers.

The video establishes how an experienced truck driver fell two metres and sustained fatal injuries because fall protection was not in place.

Although most truck trays or trailers are relatively close to the ground at around 1 to 2 metres high, if a worker sustains a head injury, a fall can be fatal.

“Our focus on industry program has identified road freight transport as one of our state’s highest-risk industries with an alarmingly high rate of injuries and illnesses,” Mr Dunphy said.

“The insightful video focuses on loading and unloading flatbed trucks and trailers; an extremely hazardous activity where experience is no guarantee of safety.”

The footage outlines a series of simple safety steps to prevent falls – number one being to remain on the ground during unloading and loading.

“There are a number of ways to do this, including pre-configuring the load or using load restraints,” he said.

“But if working from the ground is a no-go, then a safe way to access and work upon the trailer must be provided, and this can be anything from guard rails and work platforms to retractable ladders or steps with handrails.”

“It is critical to remember that everyone involved has a responsibility for the health and safety of workers and everyone needs to work together to eliminate or control these risks as far as is reasonably practicable,” he said.

Australia-wide, 15 transport workers died between 2003 and 2012 after falling from their trucks. Most trucks were flatbed types with no guard rails or other fall protection devices.

About twenty per cent of injuries in NSW’s road freight transport industry are caused by falls, with almost 900 workers lodging workers compensation claims for fall-related injuries over two years prior to April 2014.

The video can be viewed here.