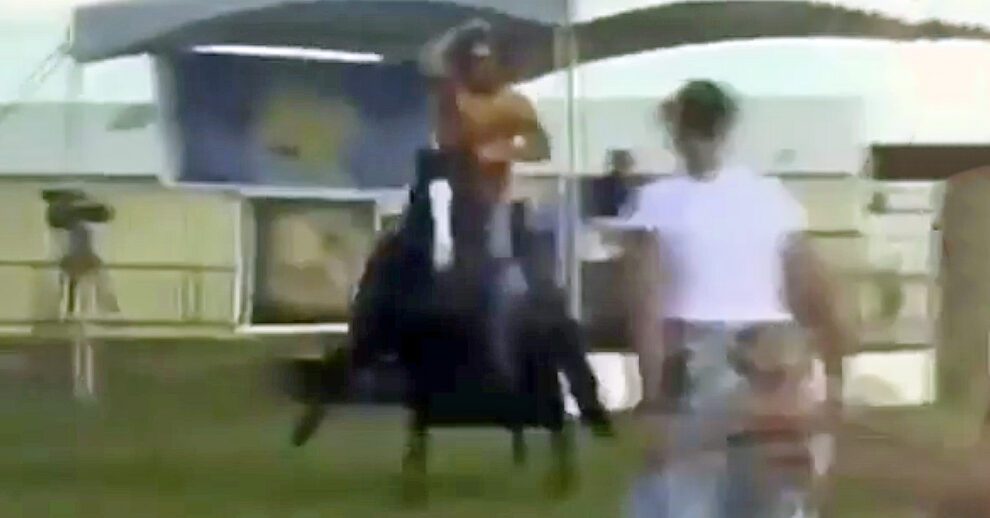 An outsourced employee thought his livelihood and safety was at risk when he rode an animal into a crowd of environmental protestors in Central Queensland’s Isaac region.

Clinton McDonald believed the Stop Adani Convoy was coming to take away his labour hire job and endanger colleagues, when his horse accidentally struck and hospitalised an anti-coal protestor at Clermont Showground during 2019. The 62-year-old woman was treated for bruises and abrasions.

“They had just come out to stop our livelihood [and] it is how we feed our families, we make money out of mining coal – they have not given us any alternatives,” he told VICE News.

McDonald presented at least eight photos showing activists locked onto different machinery at Bravus Mining and Resources’ Carmichael Coal Mine, 160km northwest of Clermont. One of the photos allegedly shows a protestor locked onto an excavator with a banner saying, “leave it in the ground, we need clean energy power”.

“These are just photos that some of my colleagues from where I work took of Adani protestors tying themselves to our machinery. I reckon some of them are crazy and dangerous,” he told the broadcaster.

“I am not allowed to go near her [the woman injured] or the protestors, I stay away from them – Christ, I do not want to get involved,” he said.

He maintains coal workers are just ordinary Australians who have been dragged into global challenges that are best left for more influential leaders to address.

“More powerful and wealthier people need to talk on this [matter because] I am just one person, we are just caught up in the drama,” he said.

“Eventually, we will do away with coal mines. It is the last generation of doing things this way.”

After hearing these words, environmental activist Kim Nguyen confessed he was wrong to call McDonald the “most right-wing, pro coal, anti-climate person in the country”.