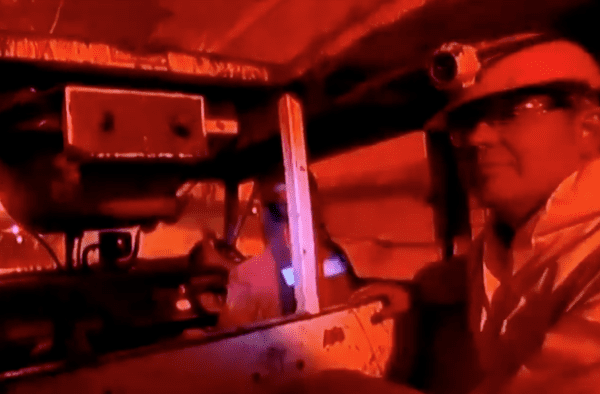 The evacuation of Anglo American’s Grasstree underground coal mine yesterday has highlighted potential disconnects between mine response plans (TARPS) and their implementation at some underground mines.

Underground coal miner workers were evacuated from the Anglo mine yesterday at 4.20 am after the mine identified oxygen levels in a goaf sealed area had trended towards the explosive range. Anglo says that “Our sampling showed a change in the underground environment so we made the decision to withdraw personnel yesterday as a precaution only, and notified relevant authorities in line with standard procedures”

The mines inspectorate has also left a mine record entry at the mine (see below) requiring the operation to ensure that a range of systems is in place to prevent the increase in oxygen levels in sealed areas. It also highlighted that goaf seals 14 and 21 were at or approaching explosibility levels.

Reports say that an inspector of mines requested that the mine review the integrity of seals and provide a copy of the information contained in the mine TARPS which would indicate when workers should be evacuated from the mine.

Mines Inspectors have also sort to ensure that the mine is not re-entered until oxygen in the goaf falls below 5% on a consistent basis.

The mines inspectorate also identified issues with broken wires in the winding cable.

While workers were evacuated to safety, the call for evacuation has highlighted a potential disconnect between the establishment and implementation of TARPS at the site.

A TARP or Trigger Action Response Plan is a risk management tool typically in a document form that defines a set of certain hazardous conditions or triggers that require the implementation of mine safety hazard controls. The TARP sets out predefined actions which mine management and supervisory personnel must follow when those trigger events occur.

TARPs also include a number of different trigger levels that define responsibility and action as an emergency situation progresses.

The fundamental issue with TARPS can be the apparent disconnect between the theory of application of the TARP and what occurs at the mine site. AMSJ has been informed, in some cases, the development of TARPS is completed externally to mines resulting in a lack of ownership for the requirements of the TARP at the site.

“Its what we say we do…not what we do”

Dr David Cliff from UQ in his paper Trigger Action Response Plans (TARPs) in Underground Coal Mines – Tips, Tricks and pitfalls says that for TARPS to be work there is a range of fundamental principles that must be followed.

Anglo faces an issue of trust

The potential breach of safety protocols at the Grasstree mine by Anglo American has left some workers wondering if the company and its’ management can be trusted to do what they say they should. The CFMEU says “This is why we can’t just leave safety in the hands of mining companies”

But Anglo defends the decision saying it did what it should have done.

“Based on our standard procedures, personnel were withdrawn from the underground environment as a precaution only,” an Anglo representative said in a statement.

UPDATE 19/11/2019 5.00 pm Anglo says that the mine atmosphere has stabilised and it plans to re-enter this afternoon.