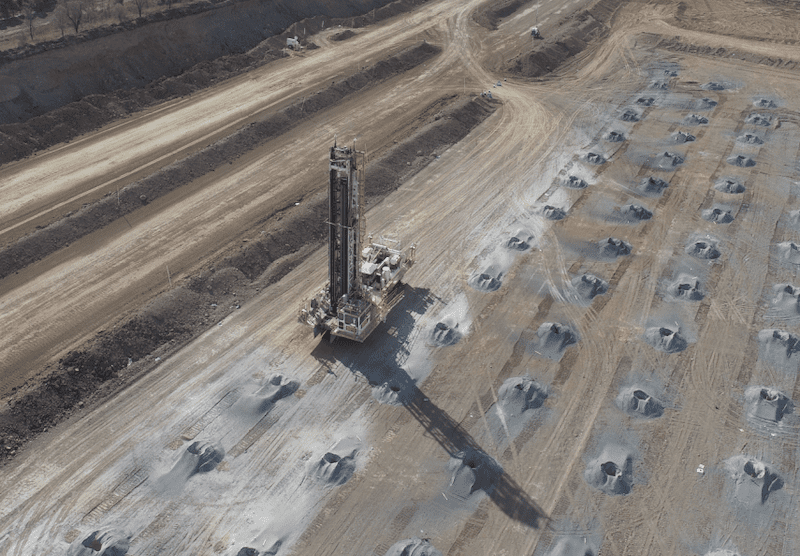 The world-first remote operation of a multi-pass drill by Anglo American’s Dawson Mine was awarded the JCB CEA Innovation (Miner) Award at the 2020 Queensland Mining Awards in Mackay.

Driven by a commitment to make their open cut operations safer by removing operators from the field, the team at Dawson Mine produced the first known rotary blasthole drill rig to be able to complete multi-pass operations remotely. The drill rigs are used as part of the drill and blast process at open cut mines to enable excavation activities.

General Manger of Anglo American’s Dawson Mine, Clarence Robertson, said the team had worked tirelessly over around 18 months to deliver the project.

“Our project team did an incredible job upgrading the D90K drill rig by giving it a new control system and mechanical modifications. This allows the drill rig to continually add and remove multiple drill rods during the drilling process without operator intervention, making it more efficient and consistent,” he said.

“The drill can reach depths up to six times deeper than a standard single-rod drill, including angled and vertical holes, to reach the coal seams more easily.

“Most importantly, the innovation is improving safety by removing our people from an operational area where they could be exposed to noise, dust, vibrations and vehicle movements. They now work from a site office environment, where a remote operations centre has been setup for them to use new one-touch drilling technology.

“The drill rig is delivering beyond benchmark performance, and we are now in the process of automating two more drill rigs in the next six months.”

CEO of Anglo American’s Metallurgical Coal business, Tyler Mitchelson, said the project was a great example of the positive impacts innovation and technology can have on daily operations.

“The remote multi-pass drill is a strong demonstration of how technology, digitisation and remote operation can come together to make our operations safer, more sustainable and more productive.

“Congratulations to our team from Dawson Mine on their achievement, which has made a significant impact on the way we operate.”