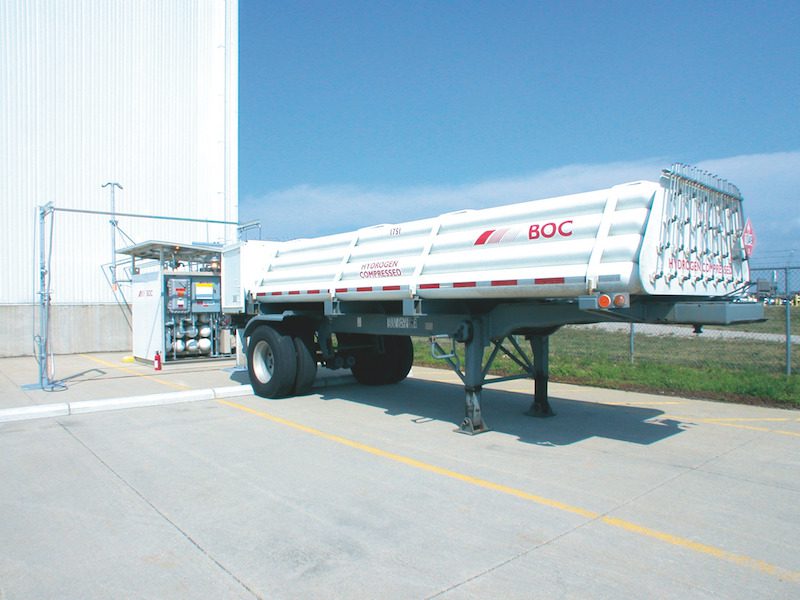 BOC will install a compressor to take the hydrogen produced using renewable electricity at HyP SA and transport it via tube trailers to industrial customers across South Australia and Western Australia. BOC’s Whyalla Argon Purification Unit (APU) will also use the HyP SA hydrogen as an energy source to make high purity argon used in industrial processes and welding gases.

By January 2021 this will completely replace the need to transport hydrogen from the BOC Altona facility in Victoria, saving 117,000km in annual driving and 122,000kgs of carbon emissions per year.

AGIG’s plant is Australia’s largest renewable gas project and will provide a 5% hydrogen blend with natural gas for supply to nearby homes and businesses via the existing gas network.

“The short delivery routes for gas sourced from AGIG’s Hydrogen Park South Australia will significantly reduce costs and open the hydrogen market in South Australia. The reduction in transport emissions also makes this a great move towards our goal of delivering green hydrogen to South Australia.

“Previously hydrogen was transported to South Australia from Victoria. The volumes from HyP SA will also supply Western Australian customers, significantly reducing their transport emissions for hydrogen that was produced using 100% renewable energy.

“Tube trailers are a well-established form of hydrogen transport. This new production source at HyP SA demonstrates the wider potential for this fuel and its ability to integrate into existing and future energy networks.”

Mr Wilson said the HyP SA facility reflects widening community recognition of hydrogen’s benefits, and underlines South Australia’s status as a leader in this emerging industry with real potential to deliver jobs and growth for residential, commercial, industrial and export applications. Once operational, more than 700 residences in parts of the Adelaide suburb of Mitchell Park will be the first recipients of the plant’s blended 5% renewable gas.