AMSJ » Chinese mine owner kills himself after fatal collapse 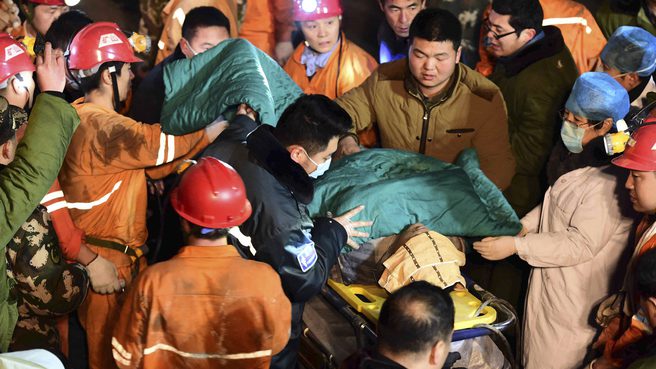 An owner of a Chinese gypsum mine has committed suicide two days after the mine collapsed, killing one worker and trapping 17.

The mine owner, Ma Congbo, was assisting rescue efforts when he jumped into a mine well on Sunday and drowned.

Eleven workers have been rescued and one body recovered since the collapse last Friday, with 17 workers still trapped underground.

According to local authorities, a total of 29 people have been working in the gypsum mine in Pingyi County in the eastern province of Shandong when the collapse happened.

China has one of the world’s highest coal mine fatality rates, with 931 workers killed last year.

The mine collapse came just days after a landslide from a man-made pile-up of construction waste in the southern city of Shenzhen killed one person and left another 75 missing and presumed dead.