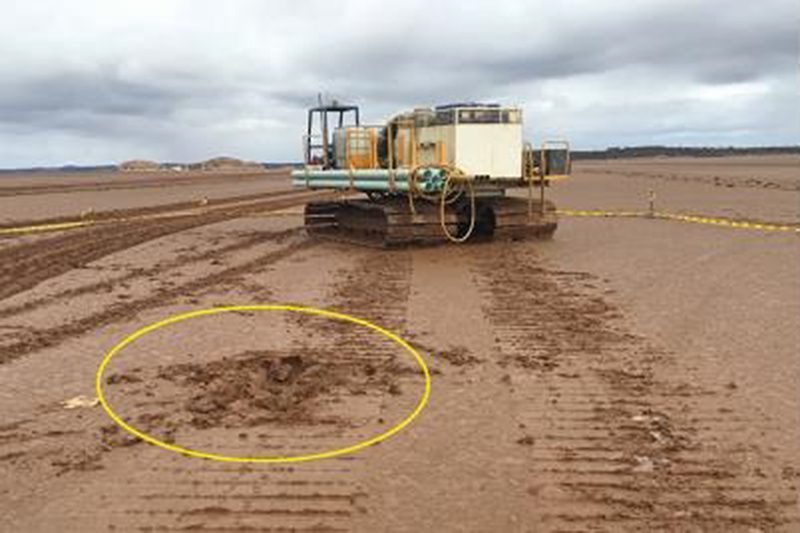 A drill offsider escaped with minor injuries after being run over by a tracked vehicle, according to a Department of Mines and Petroleum significant incident report.

The August incident occurred while the worker was tramming the tracked vehicle on his own, returning to the shore of a salt lake to refuel.

According to the report, the offsider got out of the vehicle to talk to the two occupants of an approaching tracked vehicle.

Both of the vehicle’s control levers were strapped in position so the vehicle could move forward without the offsider continuously holding the controls.

Upon returning to his vehicle, which had continued moving, he slipped and fell while trying to climb back into the cab.

The vehicle ran him over, with one of the tracks passing along the length of his body.

A person from the other vehicle managed to stop the unmanned vehicle, which was clear of the offsider.

“Fortunately, the ground was very soft and the offsider was pushed down into the ground by the vehicle’s track,” the report said.

The worker received injuries to his head and face, and a fractured hand.