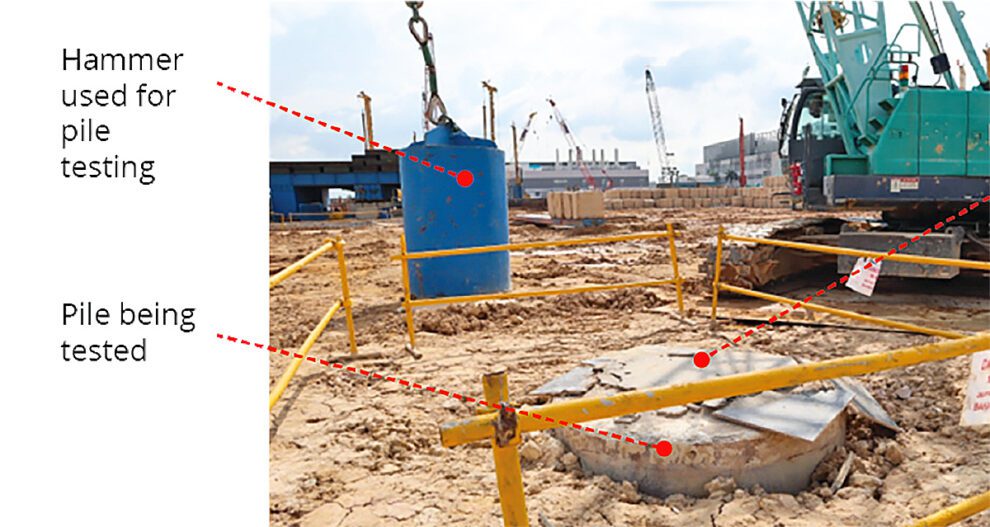 Building material shattered and fatally struck a worker who was inside a structure several metres away.

A team leader died from shrapnel that became airborne and penetrated a storage shelter he was standing in.

“On 6 July 2022 a pile driving analyser load test was being carried out. The test involved a hammer hitting a pile with a plywood sheet acting as a cushion on top of the pile head,” the Workplace Safety and Health Council said in a safety alert.

“The impact of the hammer on the pile shattered the plywood sheet. A plywood fragment flew towards and struck an assistant construction manager who was in a shed located about 26 metres away.”

First responders were called to the scene and urgently transported the victim to a nearby emergency department. However, medical professionals were unable to stabilise his condition.

“He was sent to the hospital but passed away on 13 July,” the alert said.

Investigators believe plywood should never be used to cushion blows from pile driving analyser load testing due to the risk of shattering.

They recommend the following precautions: