AMSJ » Excavator falls from bench at WA mine 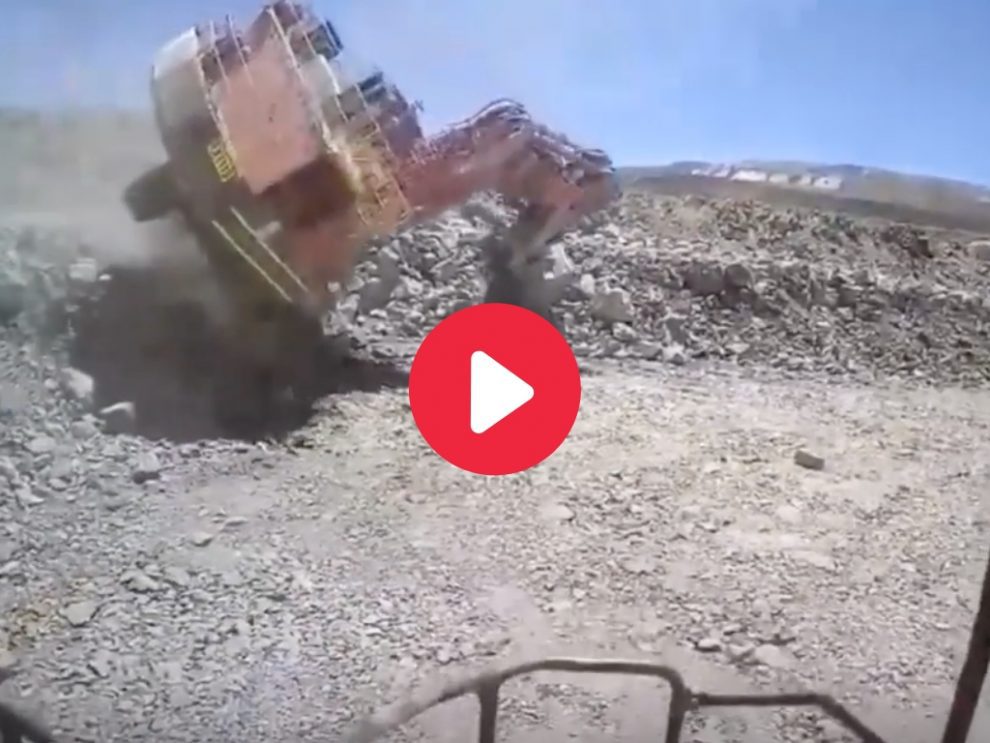 In another high potential mining incident this last week, an excavator falls from bench was captured on video from a haul truck at a Western Australian mine. According to information supplied to AMSJ, a Hitachi EX1900 excavator was working on a small bench clearing a recent shot when the operator lost control.

The incident reportedly occurred at the Mineral Resources Wodgina Lithium mine in the last week.

The incident is believed to have occurred when the operator has failed to provide a wide enough operating envelope on the bench for the digger. The video shows that the centre of gravity was transferred to the rear of the machine as it started to slide off the bench. It then rolled sideways.

The incident is being investigated by Western Australia’s DMIRS Inspectorate.

Late last year  Mineral Resources sold 50% of its stake in the mine  to Albermale, the world’s biggest producer in a deal worth $US1.15 billion (around $A1.6 billion)

Two months ago, in another incident, a digger fell from a bench at a Queensland Coal Mine. Click the link below to read the story

Digger falls from a bench at Queensland mine