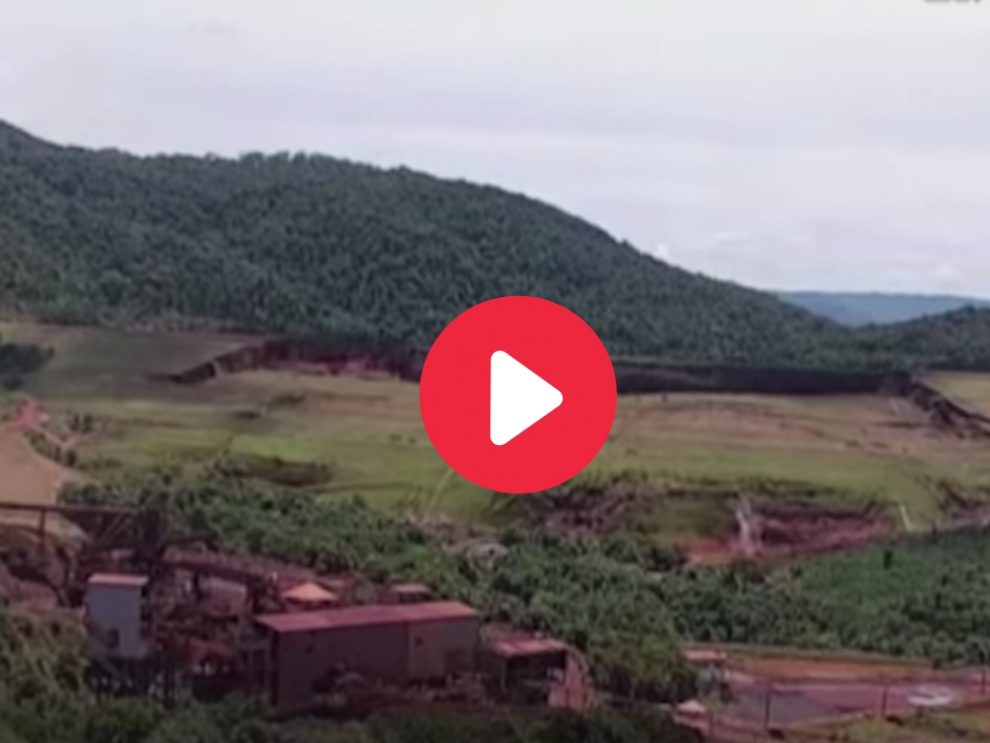 As thousands of angry Brazilians march the streets of Brazil in response to Vale dam collapse and the management of the Brumadinho tailings dam risks, a video emerged today showing the moments of the collapse of the dam.

The collapse of the dam on January 25 released a wall of tailings waste that has reportedly killed at least 110 people. Another 238 are missing, presumed dead by authorities.

The collapse occurred just after midday on the 25th. The release from the dam impacted the mine’s administrative area, where hundreds of the mine’s employees were having lunch, as well as the “Vila Ferteco”, a small community about 1 kilometre from the mine. At 3:50 p.m., the mud reached the Paraopeba River, the region’s main river, which supplies water to one-third of the Greater Belo Horizonte region.

According to the national registry of the National Mining Agency, the Córrego do Feijão dam, built in 1976 by the Ferteco Mineração (acquired by Vale in 2001), was classified as a small structure with low risk of high potential damage. In a statement, the State Department of Environment and Sustainable Development reported that the venture was duly licensed. In December 2018, Vale obtained a license to reuse waste from the dam (about 11.7 million cubic meters) and to close down activities.

Amidst the scenes of anger and despair in the mining town of Brumadinho, the Brazilian Government have been arresting Vale staff and have commenced an extensive investigation into the incident which experts are indicating most probably resulted from liquefaction of the sediments in the wall structure.

Vale said today that it was decommissioning of upstream tailings dams. In a media statement, Vale said it ‘will decommission all its dams built by the upstream method. In 2015, Vale had 19 upstream dams in operation and, by its own decision, made them inactive, initiating the decommissioning process. There are still 10 upstream dams, all inactive. The structures will undergo a de-characterization process and will cease to exist.

Vale says that the operations in which these dams are located will be temporarily halted and works should take up to 3 years with R$ 5 billion of investment.

The Vale dam collapse at Brumadinho is a tragedy is likely to be one of the deadliest disasters resulting from a mining company in the past twenty years.