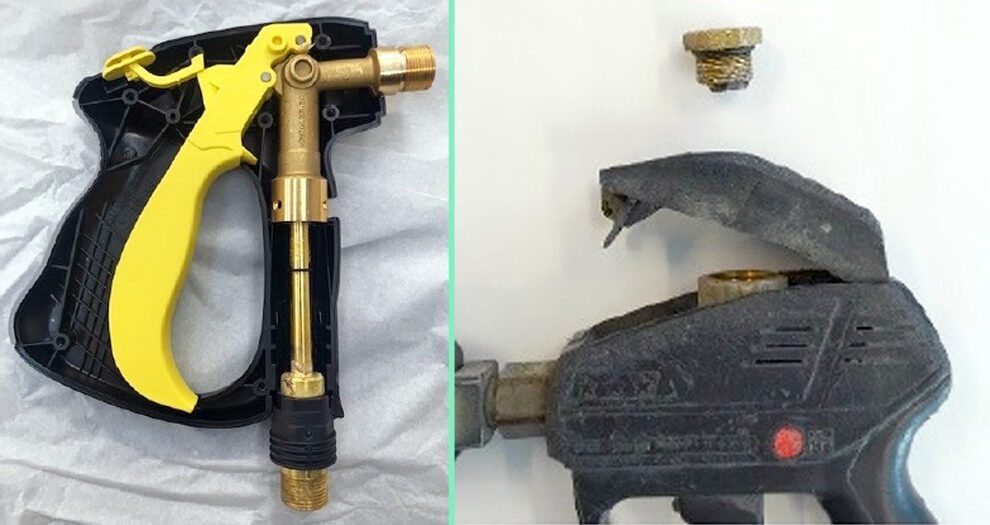 An employee became hospitalised after hired equipment detonated during use.

An operator required urgent medical attention after his trailerised water blaster exploded. The force was so great he lost balance.

“The operator suffered serious facial injuries and was hospitalised for three days.”

The incident, which occurred on 26 November 2020, was the first of its kind recorded across the country. Investigators found no evidence of improper operation, inadequate maintenance or poor servicing.

“After ruling out a malfunction of the machine itself a definitive cause for the bung ejecting under pressure could not be established,” the alert said.

“This type of incident is not a known risk within the hire industry.”

The regulator advises against removing bungs from water blaster guns, even for repair or maintenance, due to the risk of cross threading.

“A cross threaded bung allows for the potential for it to be ejected under pressure,” it said.

“Instead of attempting to carry out maintenance on the bung, or replace certain parts, we recommend that you dispose of the entire water blaster gun and replace it with a new one.”

The following can indicate it is time for a replacement: