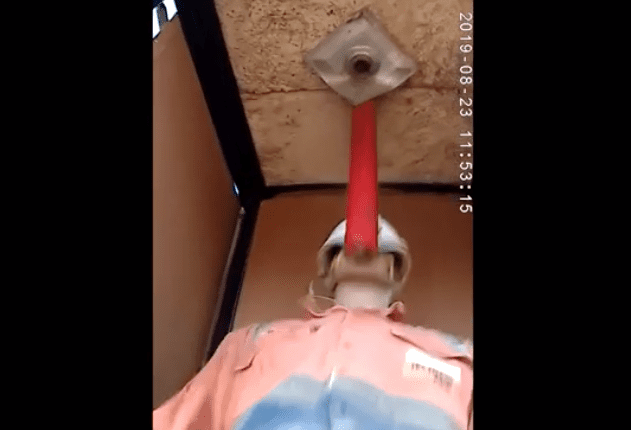 The product developed and produced by Bendigo company Rattlejack has launched its innovative product following extensive testing and Fosterville Gold mine in regional Victoria.

Rattlejack’s SafetySpear is a high speed, high impact plugging device for use in underground mining that protects workers and machinery from being hit by falling drill rods abandoned during previous operations and hanging precariously above work areas.

Operating in a similar way to a car airbag, the SafetySpear can resolve a life or death situation in a fraction of a second and has the ability to catch weight thousands of times its own, yet remains light enough to lift with one hand.

According to inventor and Rattlejack Director, Leigh Sutton, the SafetySpear will revolutionise safety across the mining sector and allow mines to operate with less downtime.

“What we’ve developed is an easy to implement safety product that will save lives and provide greater ground access because dangerous areas are made safe. That means they no longer need to be isolated and mining can continue working without disruption.”

Only 60cm long, the SafetySpear is made operational using existing mining machinery and avoids issues created by moving large equipment in and out of confined spaces underground.

“The SafetySpear solves a safety issue that has never had a reliable remedy. There’s nothing close to it in design or concept, which means it could be eligible for a standalone 20-year patent,” Mr Sutton said.