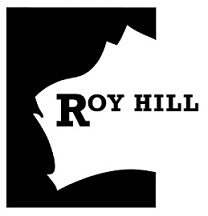 The Department of Mines and Petroleum (DMP) issued the notices after concerns were raised over the unsafe operation of cranes and elevated working platforms at the site.

According to the DMP, at least two near-miss safety incidents involving cranes and elevated working platforms have been reported, however no workers have been injured.

Prohibition notices are issued when the DMP considers something at a mine to be dangerous or potentially dangerous and urgent action is required.

A spokeswoman for Roy Hill told the ABC that the notices applied to  its head contractor, Samsung SCT and that the company had already started addressing the issue before they were issued with the DMP notices.

“The notice applies to lifting activities in an isolated work area and does not impinge upon construction related activities elsewhere on the project,” she said.

She said the site expected to return to business as usual within “days”.

The Department said Roy Hill management was co-operating with safety inspectors to make improvements to the systems and practices at the site.