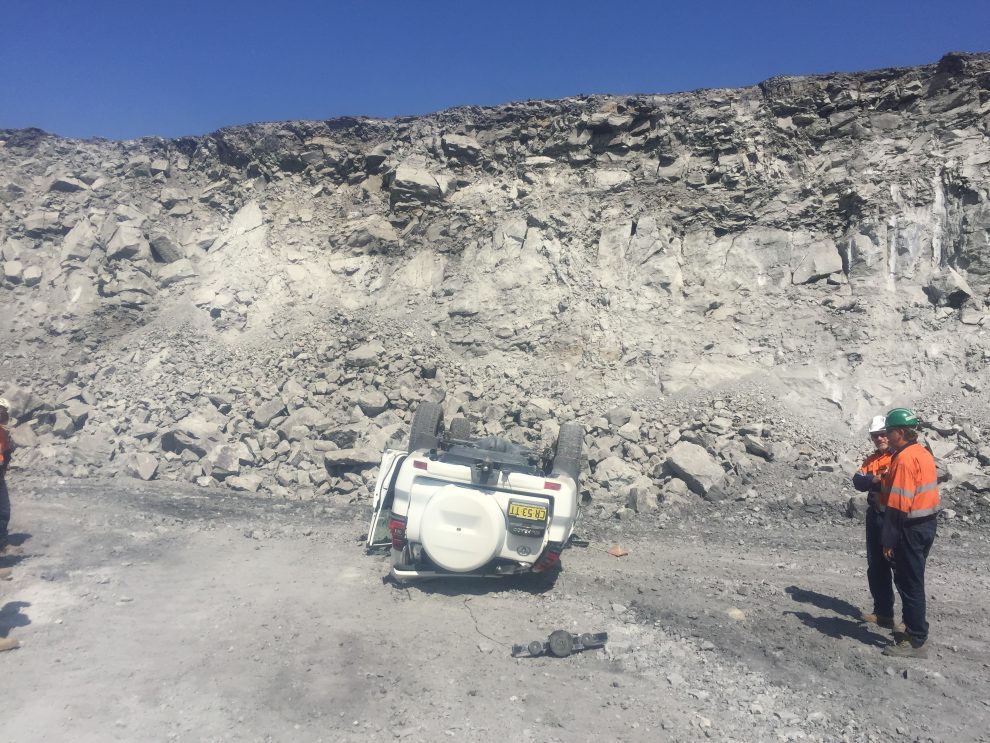 The Regulator says that “A light vehicle operator drove off an open edge (inactive shovel face) and the vehicle fell about 14 metres. The driver had been conducting blast sentry clearance. A bund across the road leading to the inactive face had been opened-up to allow two drill rigs to tram from the blast area.”

“The bund was not replaced, and no other barricade was put in place to prevent vehicle access to the area. The area had previously been a roadway before being excavated.”

“The vehicle landed nose first before coming to rest on its roof. The driver exited the vehicle and called the emergency response crew who stabilised the driver until the ambulance arrived. The driver was taken to hospital and cleared of any injuries.”

AMSJ has confirmed with the mine operator that the injured person suffered some minor contusions in the incident and was initially airlifted to the John Hunter Hospital in Newcastle with some concerns for spinal damage.

While no recommendation have been provided by the Regulator at this stage, the incident shows a range of systemic failures and communication issues at the site.

The incident information is provided for industry learnings.