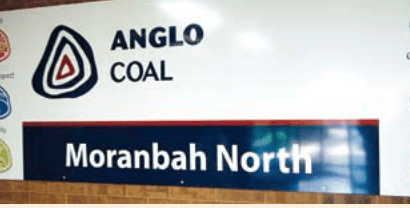 BREAKING NEWS: A grader operator has been killed following a collision with a personnel carrier at Anglo American’s Moranbah North underground.

AMSJ understands that a grader and a personnel carrier collided around 4 pm on this afternoon in the drift close to the surface of the mine.

A company statement said “The driver of the grader received immediate treatment on site and was then transported by ambulance to the hospital, but has tragically passed away”

“The employees who were in the other vehicle immediately received medical treatment on site for injuries and subsequently two people have been transported by helicopter to Mackay for further treatment.”

Most of the injured workers reported neck, back and shoulder pain and suspected spinal injuries.

Two rescue helicopters were dispatched from Mackay and Rockhampton.

The company said the cause of the incident was not clear and it would carry out a full investigation.

“We have notified the relevant authorities and stopped production at the mine, in line with our emergency response procedure,” the company said.

“Our focus is on continuing to respond to the emergency situation, including the treatment and care of injured employees and supporting the affected families and colleagues.”

Anglo American immediately stopped production at the time and Queensland Mines Department staff are believed to be en-route to the site.

7 News reports alerted the Moranbah community to an unknown unspecific death in the mining industry and caused significant panic amongst families in the region.

Our thoughts and prayers are with the broader mining community in Moranbah and the Anglo American team.

Moranbah North is an underground longwall mine which began operating in 1998. Moranbah North’s hard coking coal is mined from the Goonyella Middle Seam mainly for export to Japan, Korea, Taiwan, India Brazil and Europe.

Moranbah North is 88% owned by Anglo American, with the remaining 12% owned by joint venture partners. The mining operation employs more than 600 people, with Moranbah North estimated to have a mine life of 15 years.