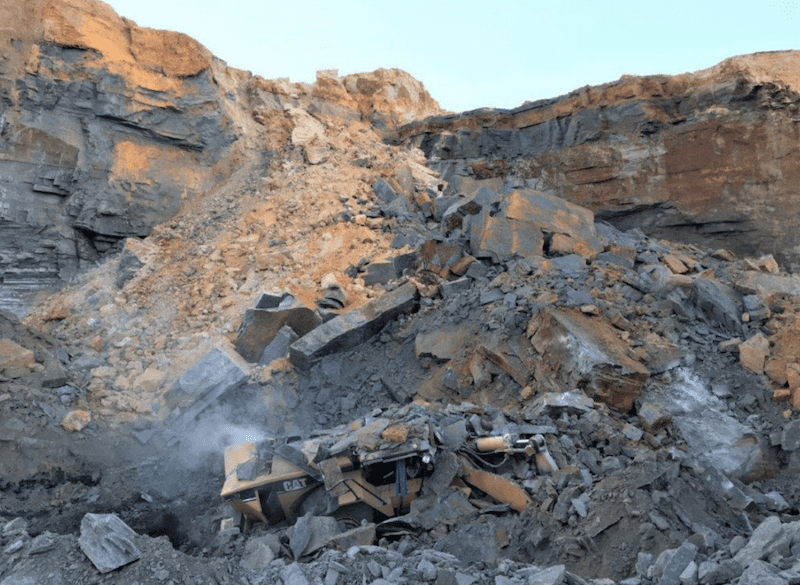 The US-based Mine Safety and Health Administration (MSHA) has released an investigation report involving the fatality of a loader operator from a highwall collapse at the Little Spring Creek Mine in Walker County, Alabama. The conclusions from the report are listed below.

This caused the rock to crush the operator’s cab of the front-end loader he was operating. Cook was operating a loader to remove blasted material near the base of a 19-metre highwall.

MSHA said that the accident occurred because the mine operator did not conduct adequate daily examinations to identify hazardous highwall conditions and correct such hazards before allowing mine workers to work near the base of the highwall.

Additionally, the mine operator did not follow the safety provisions of the mine’s Ground Control Plan (GCP).

If implemented, these GCP requirements would have caused several safety measures to be initiated to eliminate hazardous highwall conditions. In addition, the mine operator did not adequately train miners regarding the safety provisions of the mine’s GCP.

Corrective Action undertaken by the mine following the incident

The mine operator submitted a revised GCP which was reviewed and acknowledged by the District on Jan. 23, 2019. The revision enhances safety by requiring, at all times, an 18-metre standoff distance between the highwall and mobile equipment operators.

Blasting will remove 180 feet from the pit and mobile equipment operators will only excavate 58 metres of blasted material, leaving an 18-metre buffer between them and the highwall. The mine operator trained all employees on the mine’s GCP on Jan. 28, 2019, and provided documentation of the training and the attendees.