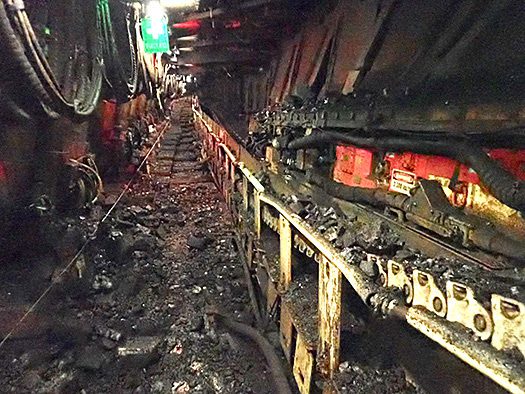 The NSW Resources Regulator has reported that a longwall coal burst occurred at an underground coal mine during remote mining on a longwall, causing the shearer and armoured face conveyor to trip. Video footage was used to confirm the longwall coal burst. The mine followed site procedures and no injuries occurred as a result of the incident. An investigation is continuing.

correct support requirements taking into account the potential for rockburst as per cl44B(2)(d). Mine operators should firstly determine the risk of rock burst and then the required support to minimise likelihood. Following this assessment, the mine operator should assess appropriate controls including de-stress drilling, hydro-fracking and no-go zones if the risk of rock burst exists.

It said that ‘In most instances, rock burst and coal burst should be treated as the same risk.’

On the 15 April 2014, James Mitchell, 49, and Phillip Grant, 35, died when a major rib/ sidewall pressure burst occurred in a longwall development roadway (known as a gate road) during mining operations at the Austar Coal Mine, near Cessnock in the NSW Coalfields. (See report on AMSJ)

The recommendations surrounding that coal burst incident highlighted the requirements for destressing of seams prior to mining activities.

A pressure bump one year later at the mine injured two miners and resulted in the mines department seeking additional action against Austar.