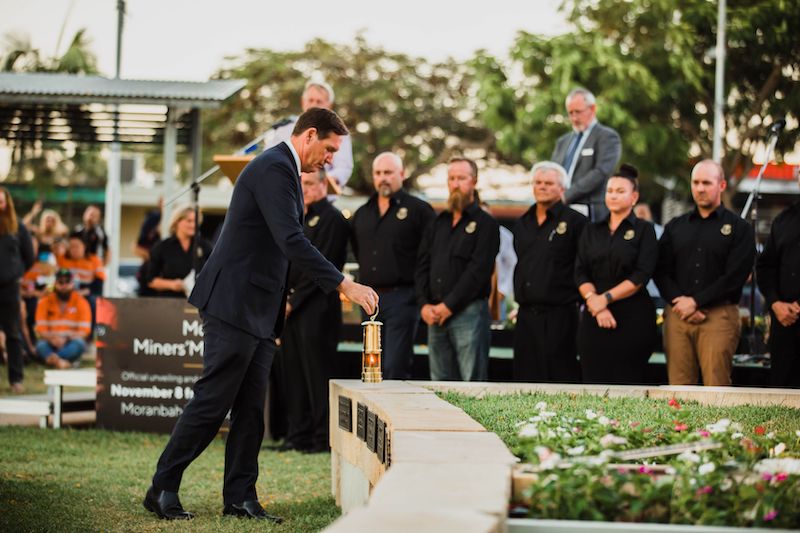 Queensland Minister of Mines, Dr Anthony Lynham has flagged the implementation of mining industrial manslaughter legislation in Parliament today following the seventh death of a mineworker at a Queensland mine in eighteen months.

Dr Anthony Lynham told Parliament today that “Queensland already has the toughest mine safety and health laws in the world. However, when it comes to protecting life and limb, there is no endpoint. That is why next year I will bring legislation into this House that will create the offence of industrial manslaughter. That offence already exists in other Queensland workplaces, and our mine and quarry workers will have the same protections”

“Currently, the government is consulting with stakeholders, including the QRC, mining companies and unions on the introduction of legislation into this House. There is also legislation before the House to establish a new independent resources safety and health regulator. I look forward to the support of all members of this House on those crucial reforms” he added.

But mineworkers and former mineworkers across the state have hit out at the Minister Lynham’s move to implement industrial manslaughter legislation saying that the introduction of industrial manslaughter legislation focuses solely on a legal response rather than addressing the nature and cause of issues that result in mine accidents. One mineworker highlighted in a comment to AMSJ via Facebook

Let’s get real here, perhaps they could get serious and start prosecuting negligence first! How many prosecutions have been recommended and carried out to date? How many mining companies have been given minimal $ penalties? How many people have had their mining competencies pulled by the board of examiners? Guess we know the answer to those questions. Perhaps we should start here before we start talking manslaughter charges which no doubt will start a blame game and ultimately could land on those that can least afford to defend themselves if unfairly blamed.

“There has never been a Coal Mine Manager or Site Senior Executive, or Coal Mine Operator who has ever been threatened with anything like imprisonment under the present maximum of 3 years (Part 3 Section 34 of the Coal Mining Safety & Health Act). All this is nothing but talk unless there are actual proper investigations. No Mine Manager of Site Senior Executive has ever faced removal of any Statutory Tickets by the formal issuing of a “Show cause why your Statutory Ticket should not be removed” by the Mines Department. Such Show Cause notices however been issued a number of times to holders of a Mine Deputy (ERZ Controller) and Open Cut Examiner tickets. As far as I am aware each person issued a “show cause” notice has agreed to voluntarily relinquish their Tickets. There is, in fact, no legal basis for the Mines Department to issue such notices in the Coal Mining Act. The reason I assume Show Cause notices to Senior Site Management is that they and the Mining Companies are well aware there is no legal basis for the Show Cause and would win any legal challenge hands down. The irony being these same Mining Companies and Mine Management are the same people who summarily dismiss an ERZ Controller or Open Cut Examine, and then write to the Chief Inspector of Coal Mines asking for their Ticket to be removed.“

AMSJ has confirmed that there is no basis of evidence in industrial manslaughter legislation being a deterrent to the conduct of negligent acts in any sector since introduced in Australia.

But Dr Anthony Lynham defended the Queensland Labour Government’s position saying “This government already has runs on the board when it comes to protecting our mining workforce. We have made sweeping reforms to better prevent and detect black lung disease among coal mine workers and provide a safety net for affected workers. Two independent reviews are underway and will report back before the end of the year. Every day is another opportunity to improve, because the most important thing to come off a worksite is a worker.