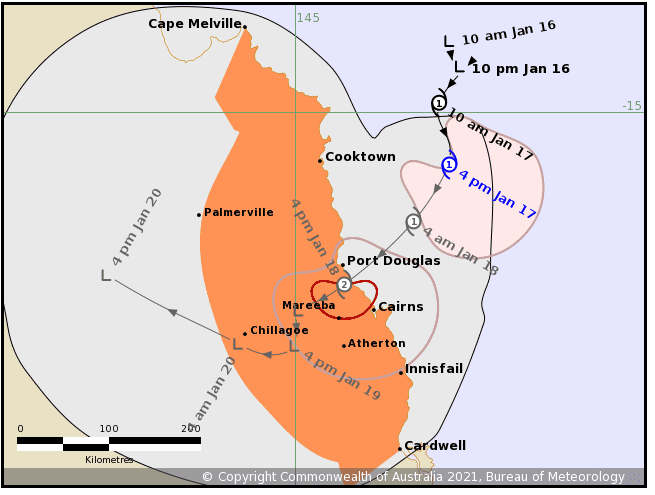 Queensland mines are on alert following a Bureau of Meteorology announcement that confirmed at Category one tropical cyclone will hit the coast on Monday.

The Bureau of Meteorology confirmed with AMSJ that “Tropical cyclone Kimi has been moving slowly south through today, but is expected to turn more to the southwest tonight and cross the north tropical coast on Monday. The slow southward movement has delayed the expected crossing time to Monday afternoon. There remains considerable uncertaintly with the crossing time and location.”

“Gale force winds may extend inland to Palmerville and Chillagoe on Monday as the cyclone moves inland.”

The Bureau has forecasted heavy rainfall in the region between Cape Flattery and Cardwell from Sunday evening.

The 20/21 cyclone season has been complicated by a range of weather events for miners with significant incidents occurring at BHP Peak Downs mine and Manuka Resources being forced to temporarily shutdown as a result of severe weather.

AMSJ will continue mine alerts for tropical cyclone Kimi over the next day. Additional up to date information is available at the Bureau of Meteorology Site MetEye