AMSJ » MP angered over responses to mine safety 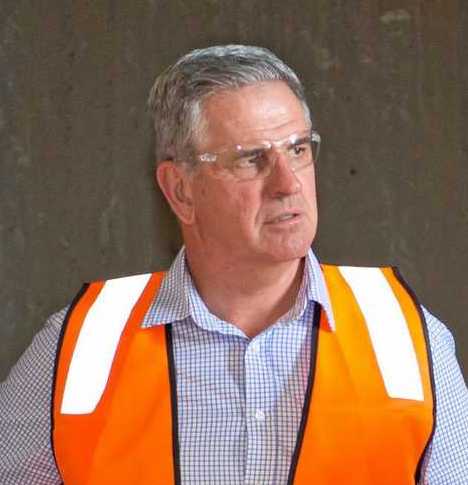 Mining companies, contractors and the mines regulators have been put on notice by Shadow Minister for Natural Resources and Mines, Dale Last, following day two of the Ministerial Board of Inquiry into the explosion at the Grosvenor Coal Mine.

An angry Mr Last said, if the LNP was elected to government in October, that he, as Natural Resources and Mines Minister, would ensure everyone was on the same page when it came to safety in mines and quarries and issued a warning to those that failed to ensure workers were kept safe.

“I have said all along that the safety of workers must be the highest priority throughout the entire industry,” Mr Last said.  “If I take over the ministerial responsibility from Minister Lynham, and someone thinks they can flout the rules or bend them to their advantage, there will be dire consequences heading their way.”

“After just two days of hearings, it is blatantly clear that the safety system for Queensland mines and quarries is a dismal failure.  That is an allegation I made some time ago and now we have the proof.”

“Minister Lynham and Labor have failed when it comes to ensuring our mine and quarry workers go home safe every day.  That will change under an LNP government because people who do the wrong thing will be held to account, not just through the courts but when it comes to their ability to participate in the industry.”

The damning evidence would make every miner’s family “sick to the stomach” according to Mr Last and the ex- Police Officer said if players in the industry didn’t step up he would gladly call on his 25 years in uniform to make changes.

“I became a cop because I wanted to keep people safe and I hated seeing people getting taken advantage of,” Mr Last said.  “The law is the law and it’s there to protect people, so if someone wants to break the law there needs to be serious consequences.”

“It makes my blood boil to see mine workers commenting that safety issues will be ‘swept under the carpet’ and almost accepting that the current system is ‘just the way it is’.”

“Workers are highlighting the fact that part of the problem is that inspections are announced.  I have called for an increase in unannounced inspections, but Labor has simply said no and that’s an insult to each and every worker.”

Inquiry into Mine Safety quashed by KAP and Queensland Labour

“I speak to the families of mine incident victims quite often and I’ve given them my word that I will keep fighting for a safer industry and that’s not just a commitment; it’s an oath.  Mining is a dangerous industry, there’s no two ways about it, but everyone from mine owners to contractors and the regulator needs to pull their weight on making it as safe as is possible.”

“I don’t care which company it is the message is clear.  You will stick to the letter of the law, and the spirit of the law, or you can look forward to a very unpleasant meeting with the Minister for Natural Resources and Mines.”

“When it comes to the inspectorate and other regulators, I would expect their focus to be not just on inspections, but on improving the systems and whatever else is necessary to address these issues properly.  Notes on the back of a piece of paper and information that is impossible to find simply won’t be tolerated.”

“The Queensland government earns billions each year from mine and quarry royalties.  The government has a moral obligation to workers and their families to have the right resources and procedures to keep workers safe.”

“When a Minister is sworn in they take an oath to ‘well and truly serve the people of Queensland’ in that office.  It’s about time that our mines and quarry workers knew the Natural Resources and Mines Minister was there to serve them and do whatever is needed to help keep them safe.”