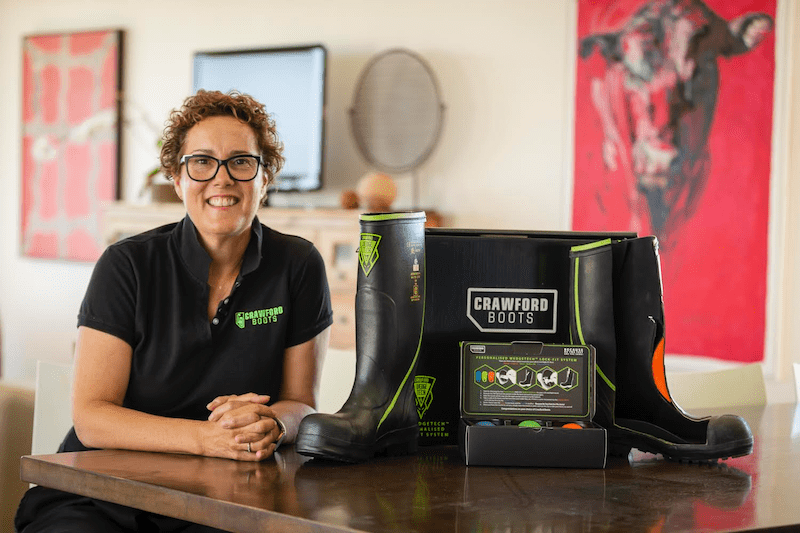 A new waterproof boot has found favour across the mining industry for its comfort and safety but more importantly, has been created through a collaboration between miners and a regional podiatrist.

The Crawford boot, designed by podiatrist Penny Crawford, offers a footwear solution for Australian miners that answers many of their problems.

Her award-winning gumboot has a specially designed insert that ensures the boot fits without any looseness and is waterproof.

“A typical gumboot just doesn’t fit. And the Crawford boot addresses that issue with my WedgeTech system, an insert in different sizes, that sits in the pockets at the front of the boot,” Penny said.

“The WedgeTech insert makes your foot more stable and provides a personalised custom-fit within the boot. This means there is no foot slip and no risk of your foot pulling out even in the wettest conditions.”

The Crawford boot, which has been trialled in mines in NSW, S.A. and W.A., has been given the tick of approval by miners and the industry itself.

The product scooped the NSW Minerals Council’s Health Excellence award earlier this year after an overwhelming response from workers at Whitehaven Coal’s Narrabri mine. After a six month trial, 24 out of 25 participants recommended the Crawford boot over other available footwear.

A year later, three quarters of those original participants were still wearing the Crawford boot, where other boots would have worn out after four months.

The Crawford boot is made using 23 separate pieces of rubber and is built with the miner’s needs first and foremost.

A concept that was born out of concern for footsore miners has become a booming enterprise that has taken Penny around Australia and into Asia to establish a manufacturing base.

“It has been an incredible journey and one that hasn’t finished. The Crawford boot will continue to evolve and adapt to other industries,” she said. 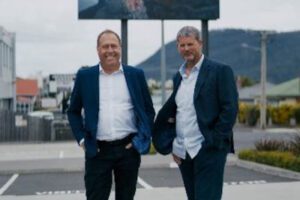 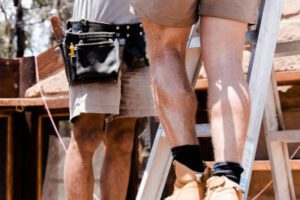 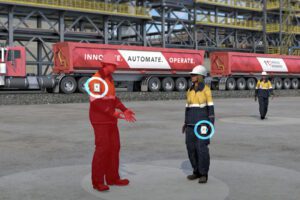 First bluetooth contact tracing technology rolls out across mine sites