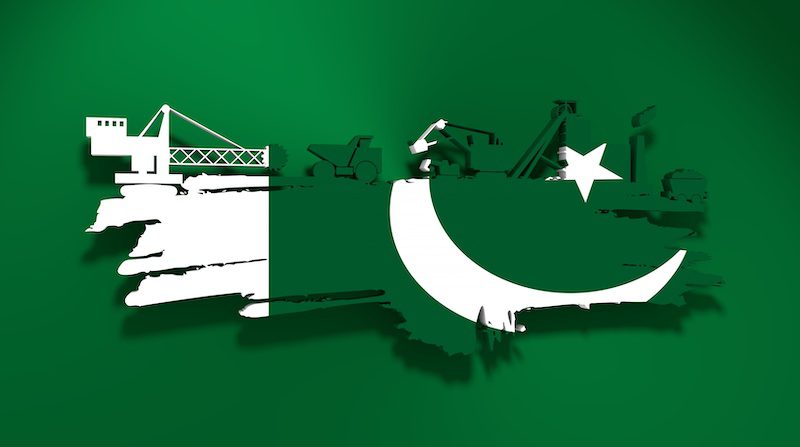 Ten miners are trapped underground following an electrical fire at a Pakistan coal mine.

Mines rescue teams have reportedly been hampered by the fire and increasing Carbon Monoxide levels in the mine.

Abdullah Shahwani, a top official for the industry in the province, said 11 miners were working on Sunday around 4,000 feet (1,200 metres) underground when the accident happened.

One miner has been rescued but 10 remain trapped inside, he said.

“Hopes of their survival are very slim as rescue workers have reached only 1,200 feet [360 metres] inside the mine,” Shahwani said, roughly 20 hours after the accident occurred.

The spread of carbon monoxide was hampering the attempt to reach the miners, said rescuer Mohammad Shafqat, who spoke to AFP from the site.

The countries’ Labour Federation expressed dissatisfaction with the government’s efforts.

Peer Muhammad Kakar, a member of the body, said, “No one is bothered by this incident, government and mine owners are least concerned about the plight of the hapless miners. Almost 24 hours have passed but concerned authorities are still clueless.”

According to the Pakistan Central Mines Labour Federation (PCMLF), between 100 and 200 labourers die on average in coal mine accidents every year.

Unsatisfactory working conditions inside coal mines in Balochistan claim the lives of miners on an almost daily basis in areas like Harnai, Sowrange, Dukki, Mach and other parts of the province. Such incidents often go unreported.

On March 20, it was reported that as many as 164 labourers working in coal mines had lost their lives and 300 more were facing serious injuries during the last year in various mines of Balochistan.

In most of the incidents, labourers were digging 100 metres deep in coal mines where they reportedly suffocated to death owing to lack of oxygen, All Pakistan Labour Federation President Sultan Muhammad Khan had said.

He had said that about 0.3 million labourers were employed across the province as each site consists of more than 1,000 mines including Chamalang, Luni, Harnai, Mach, Dukki, Marwar and Low range area of the province.

Sultan had said that around 33 cases of death and 70 cases of injuries had been reported during this year in the province due to the negligence of the authorities concerned.

He had said that the main reason for the deaths in the mines was the lack of oxygen and explosion due to methane gas.

He had urged the governments to take the issue more seriously and make efforts to implement the law for overcoming coal mine incidents.

He had said that the government was collecting a lot of revenue from coal mining and the labourers were being compensated with Rs. 200,000 of death grant, which should be increased to 500,000 per person.

Sultan had said that most of the labourers working in the Pakistan coal fields were facing dangerous diseases including kidney, asthma and liver problems.

He had said the main reason behind their diseases was the absence of clean drinking water and basic health facilities. The government should implement the Occupational Safety and Health Situation (OSHS) to overcome the accidents which occur in coal mining.