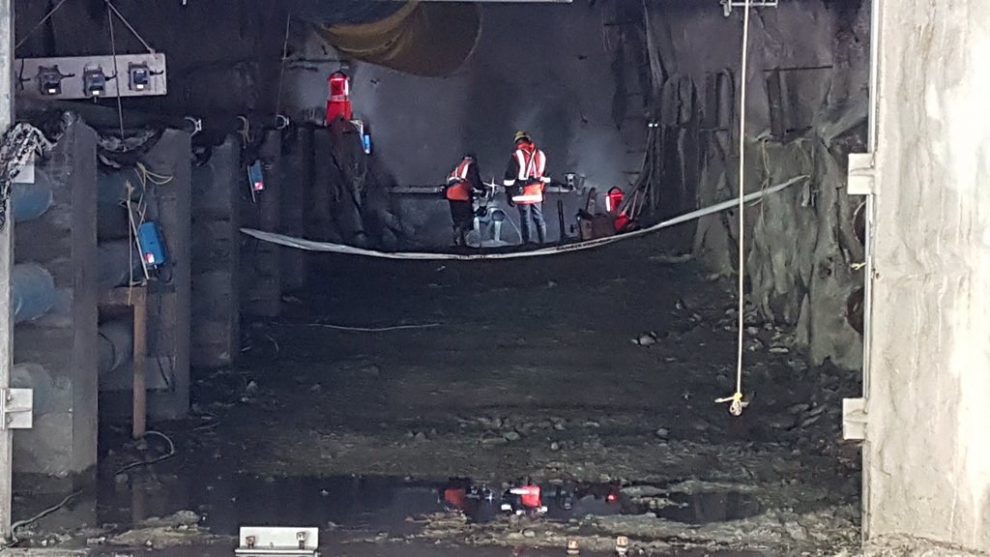 The planned re-entry into New Zealand’s Pike River mine tomorrow by the Pike river recovery team has been suspended today amidst concerns over elevated oxygen levels within areas of the mine where a methane-rich environment should have been present.

As the re-entry crew worked to cut through the main concrete seal in the portal in preparation for tomorrow’s ‘official re-entry, the Pike River Recovery agency Minister, Andrew Little made a captain’s call, taking mine re-entry workers and families by surprise.

Little said elevated levels of oxygen had been recorded deep in the mine shaft, which experts were unable to explain. He told news sources that if the experts could not explain the reason for the elevated oxygen, the re-entry would be delayed for safety reasons.

“When you’ve got a methane-producing environment as you do there – it’s the mix of methane and oxygen that makes it dangerous – that dictates what you do to ventilate the atmosphere. So it is really about making sure that … the atmosphere continues to be respirable and there is no risk of volatility or explosion.” Little said.

The minister indicated that there may have been a number of reasons for the high O2 readings, including that the monitoring equipment was faulty, Little said.

The minister also said he had already spoken to the victims’ families and although they were disappointed by the delay they backed the government’s safety-first approach.

The Pike river recovery agency would begin further testing and investigative work over the next week, and a meeting of ventilation experts would take place later in May, Little said.

Concerns have previously been raised regarding the impact of re-opening the mine and potential issues with the pressure created in the mine causing it to ‘breathe’ O2 through strata. Other concerns raised by former miners included the effectiveness and efficacy of pressure created through the venturi system used in the main drift where the re-entry team will enter.

Families representative Ann Osbourne said today “We weren’t prepared for this but, that said, we always knew that things could change at the 11th hour. The mining industry is so changeable and unpredictable. We didn’t think anything would stop it going ahead this time but it has, and we have to accept that.”

“We were told this is not a showstopper, this is a delay, and the reason for the delay is they have to get it right, and we all want them to be safe doing their jobs.”

The re-entry plan for Friday, which has now been indefinitely delayed, included a team of three people from the Pike River Recovery team breaking through the 88cm concrete seal to enter the mine shaft to recover evidence and search for bodies.