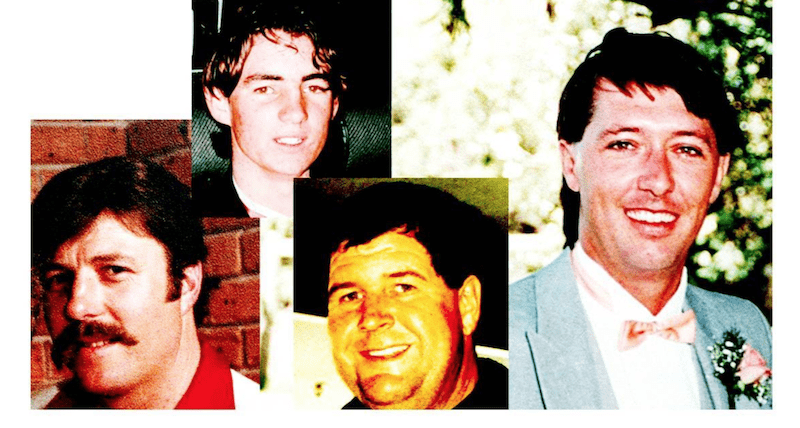 The Gretley mine disaster of 1996 claimed the lives of four men following an inrush of water.

At about 5.30 am on 14 November 1996 employees of The Newcastle Wallsend Coal Company Pty Limited, were engaged in work on the night shift at the company’s mine, the Gretley Colliery.

Four men of a team of eight were in the process of developing a roadway (known as C heading) in an area of the mine called 50/51 panel, operating a continuous mining machine. The remaining four members of the team were in a crib room a little distance away.

Suddenly, with tremendous force, water rushed into the heading from a hole in the face made by the continuous miner. That machine, weighing between 35 and 50 tonnes, was swept some 17.5 metres back down the heading where it jammed against the sides.

The four men were engulfed by the water, swept away and drowned. The remaining team members survived the disaster by reason of being in the crib room, which itself was flooded. The deceased men were: Edward Samuel Batterham, mining deputy, 48 years of age; John Michael Hunter, miner, 36; Mark Kenneth Kaiser, mechanical fitter, 30; Damon Murray, miner, 19.

The water came from the long-abandoned old workings of the Young Wallsend Colliery. The mine was working to a plan, which had been approved by the Department of Mineral Resources.

The plan showed the Young Wallsend Colliery more than 100m away from the point of holing-in. It is now clear that the plan was wrong.

At the commencement of the night shift at 11.00 pm on 13 November 1996, the Young Wallsend Colliery was only 7 or 8 metres away. The workings of the old mine were full of water. Moreover, the water extended to the surface by means of the mine shafts, thereby providing what is known as a head of water. This head of water had the effect of significantly increasing the water pressure.

What was the cause of the Gretley Mine Disaster?

While there were a number of contributing causes to the disaster, an inquiry by his Honour Acting Judge J.H. Staunton found that the primary cause of the disaster was attributed to the use of an incorrect mine plan which showed old (water filled) workings of Young Wallsend Colliery more than 100 metres from the location where the men were mining. In reality, the workings were only 8 metres away. 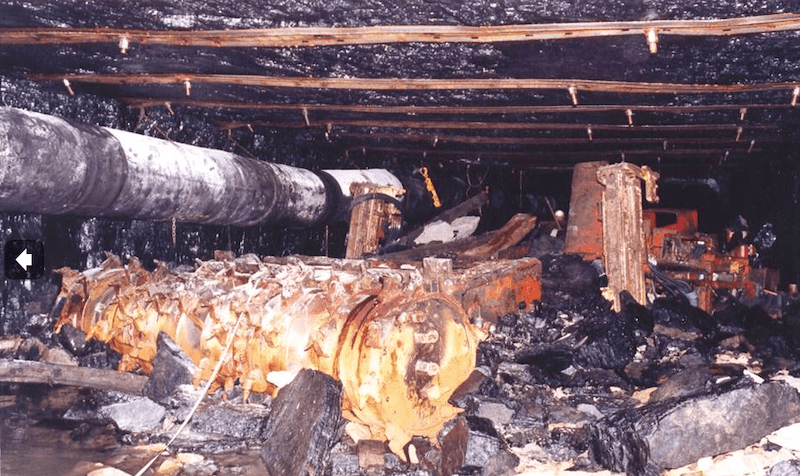 How many people died in the Gretley mine disaster?

What was the outcome of the Gretley mine disaster?

An $800,000 fine was imposed on the mine owners for their failure to undertake proper research at the mine in relation to the plans. The Judge also fined them $500,000 for failing to inform mine workers that the old mine was full of water and under pressure, as well as $160,000 for safety breaches that occurred immediately before and during the mine disaster.

The mine manager Mr Porteous was fined a total of $42,000 for breaches of the OH&S Act relating to the planning, research and assessment of the mine.

Another mine manager, Mr Romcke, was fined $30,000 for his role in relation to the disaster, and a surveyor Mr Robinson was fined the same amount.

The new owners of the mine following the disaster, Xstrata, appealed the court’s decision (see reference below) angering families of the deceased miners. On appeal, the conviction against the two companies was affirmed, as was that against the mine manager and former mine manager. The conviction of the surveyor was overturned on the basis that he was not “concerned in the management” of either company.

What guidance is available for mines to prevent recurrence of the inrush disaster?

In April 1998 the NSW Government released MDG 1024 Guideline for Inrush Management. In 2007 the Guideline was updated. In 2015 a NSW Code of Practice: Inundation and inrush hazard management was approved under section 274 of the Work Health and Safety Act 2011 (WHS Act).was established under the

Excerpt from “Report of a formal investigation under Section 98 of the Coal Mines Regulation Act 1982 by his Honour Acting Judge J.H. Staunton” Read the full report by following the link.