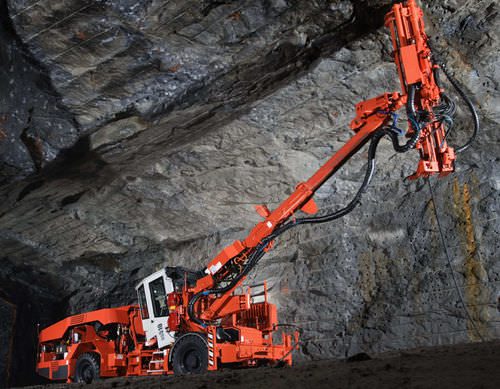 A special report into mobile roof bolting machine hazards has been released following the injury and subsequent death of a mine worker in 2008.

On the 24 July 2008, a coal miner working at Myuna Colliery, approximately 35km from Newcastle, was injured while operating a mobile bolting machine that resulted in a fracture of the fifth metatarsal of the left foot.

On the 4 September 2008, the worker died as a result of a pulmonary thrombo-embolism.

Following this death, Centennial and Sandvik together with NSW Trade & Investment engaged in a NSW Mining Workplace Agreed Undertaking. This was the first such Undertaking conducted in the NSW coal mining industry.

The companies agreed to an industry-wide project to increase awareness and focus on underground mobile machine-mounted bolting equipment hazards.

HMS Consultants completed the project with a team of respected and experienced personnel and consultants. All of the state’s underground coal operations volunteered to participate in the review conducted by HMS Consultants.

The consultants reviewed bolting incident databases, and developed an evaluation tool that focuses on the key areas of safety concern.

The report notes that the undertaking will enhance industry awareness and knowledge of hazards associated with the installation of roof bolts underground, identifies areas for improvement and enables mines to make improvements that will reduce the likelihood and severity of bolting rig injuries.

To read the full report and its recommendations go to the project report.