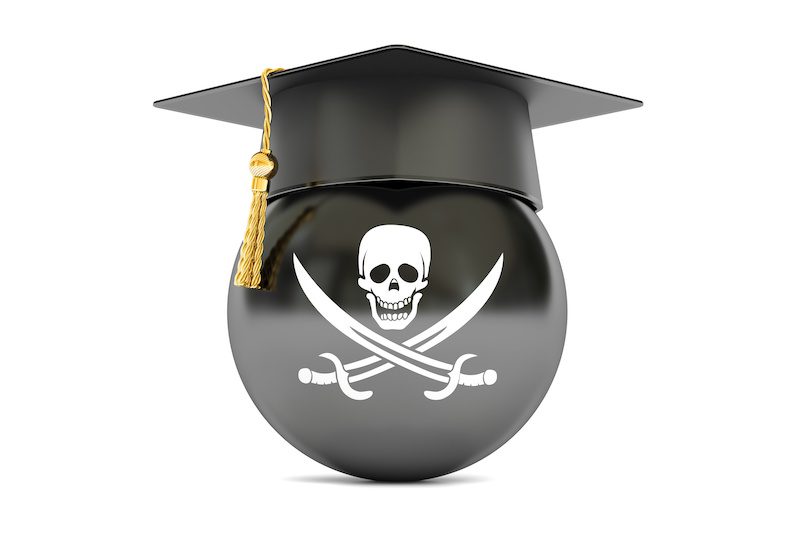 A man who falsified OHS qualifications forged a diploma and then worked as a health and safety coordinator has had his weekly compensation payments reinstated after being summarily dismissed for serious and willful misconduct.

The South Australian Employment Tribunal heard that mining and civil contracting company Lucas Total Contract Solutions Pty Ltd employed Dean Demaria as a plant operator after he submitted a resume and employment application that falsely stated he had a Diploma in OHS from Swan TAFE in Western Australia.

When Demaria applied for employment, he had only completed one unit of a Certificate IV course in 2008, and also lied about not having a criminal history as he was serving a sentence of a three-year term of imprisonment when he completed the one Cert IV unit, externally, in 2008.

Demaria was successful in gaining work with Lucas TCS where he worked 12-hour shifts driving trucks before commencing training to operate scrapers.

In 2014 he suffered an injury when the steel door of a scraper blew shut and struck him in the head and the force of the impact broke the safety helmet he was wearing and caused him to fall backwards approximately two metres to the ground, landing on his back.

He subsequently underwent surgery to relieve pressure on his spinal cord and prevent further damage, and following the operation he still experienced pain and his range of movement was much reduced.

As a result of his work injuries, Demaria lodged a claim for compensation based on average weekly earnings of $2,095.06 gross per week.

When considering his return to work, Demaria sought work in the health safety and welfare team in the Lucas TCS head office, and the company’s HR manager asked for an original copy of his Diploma in OHS from Swan TAFE – which he obviously failed to produce.

Demaria was later asked by his employer to return to the mine site working as a health and safety coordinator, and he was asked by the company’s health, safety and quality manager for his diploma.

Demaria undertook work at the mine site for a few months, and the HSQ manager continued to remind Demaria that his diploma needed to be produced, however, Demaria made excuses and the diploma was not produced.

He was later transferred to Port Lincoln where he again worked as a health and safety coordinator at a mine site for the company.

After repeated requests for his Diploma, he created a document purporting to be a document from Swan TAFE certifying that he had fulfilled the requirements of a Diploma of Work Health and Safety.

The document was uploaded onto the Lucas TCS database, which was accessible by clients who can check relevant documents as well as qualifications of Lucas TCS employees.

Suspicions were raised about the authenticity of the document, as it was not dated, nor did it have any certificate number.

The company’s HR manager called the Swan TAFE in Western Australia (now known as Polytechnic WA) and was advised that Demaria’s document was false.

He was subsequently dismissed for serious and wilful misconduct, however, Demaria’s competence in the health and safety coordinator role was acknowledged by Lucas TCS in a comprehensive reference letter.

He was advised that his weekly payments of compensation would also be discontinued.

While Demaria accepted that he was lawfully dismissed, he argued that he was still partially incapacitated and that he had restored mutuality to a degree sufficient enough to warrant the reinstatement of his weekly compensation payments.

Demaria subsequently completed a Certificate IV in Work Health and Safety, expressed regret for the circumstances of his termination, was unsuccessful in gaining (re) employment with both Lucas TCS as well as a number of other employers and attempted to set up his own business.

In light of this, the South Australian Employment Tribunal held that mutuality was restored, and Demaria’s weekly compensation payments were reinstated.

“Not without some reservation, I find that the cumulative effects of Mr Demaria’s positive words and actions following his termination and discontinuance outweigh the negative,” said the tribunal in Demaria v Return to Work SA (Lucas Total Contract Solutions Pty Ltd) [2017] SAET 171(link is external).