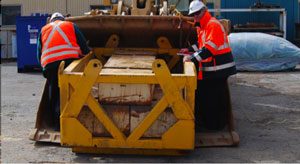 The shocking fall and subsequent deaths of two maintenance workers at the Mt Lyell Copper Mine in Tasmania, made everyone in the safety industry catch their breath. In this article, we examine a case study in fall arrest and provides strategies for minimising falls at mines.

In our highly regulated resources sector, how could an accident of this kind of fall down a mine shaft – still happen? Was it human error, equipment failure, lack of training, poor supervision, bad safety systems or a combination of all of the above?

At the time of writing, investigations into the accident were still underway, however for some, the entire incident brought back memories of the horrific incident in 2012 that saw a rigger fall down a 14-metre mine shaft due to a series of broad-ranging safety breaches.

The accident at Perilya mine in NSW makes a fascinating case study for any mine safety professional and reminds us all why the rules are there.

The following case study is an extract of the Investigation Report prepared by the NSW Mine Safety Investigation Unit, 23 May 2014.

An investigation into the serious injury of a mine worker at the Perilya Broken Hill Southern Operations Mine, Broken Hill, NSW on 8 June 2012.

At 9.47 am on 8 June 2012, a 51-year-old rigger was seriously injured when he fell from an elevated loader bucket of a Caterpillar front end loader at the Perilya Broken Hill Southern Operations Mine. The incident occurred about 1140 metres underground at the southern ore weighing and loading flask (weigh flask) on the 26 sub-level of the NBHC Haulage Shaft.

The rigger’s fall arrest system did not arrest his fall.1

The rigger’s right leg was severed during the fall. He also suffered three spinal fractures, seven broken ribs and a lacerated liver.

The rigger was rescued by mines rescue personnel, evacuated from the mine and provided emergency medical treatment.

Figure 8: Incident simulation conducted on 28 June 2012 showing the approximate positions where the two mine workers were standing in relation to the untethered weight basket in the loader bucket.16 Note: The two mine workers were both wearing full body harnesses individually attached by a rope lanyard back hooked to the top of the bucket. The synthetic fibre slings around the base of the weight basket at the time of the incident are not shown in this simulation.

According to the mine, the use of a loader bucket as an elevated work platform was prohibited at the mine. However, this prohibition was not specifically documented in any of the mine’s safety management plan records or training documents.

Both mine workers also used a similar 2 metre rope lanyard attached from the rear dorsal of the harness back secured to the top of the loader bucket.23

Neither mine worker used a personal energy absorber (deceleration device,24 inertia reel,25 karabiner26) attachment to the lanyard at the time of the incident.

Investigators engaged height safety consultants to inspect the fall arrest equipment to provide an assessment of the condition of the equipment (see Figure 17).27

An extract from the consultant’s report dated 4 October 2012 made the following observations about the rigger’s damaged lanyard end:

The three-strand 12mm diameter (measured 14.7mm diameter due to grit and moisture content) rope has been broken. The breaks in the strands occurred at different distances from the splice. The ends show signs of failing under load.


No sharp cuts are visible at the failure site. The spliced eye of the rope shows significant wear and grit build up – fail.


The lanyard is four years old and extensively worn and so is unlikely to have had the required strength of 15kN.


The lanyard was connected to the loader bucket by means of reeving. The reeving would have reduced the lanyard’s strength by between 25 and 60% (i.e. 11kN to 9kN)

The length of the lanyard was such that it allowed (the rigger) to fall out of the loader bucket and therefore into a fall arrest situation. The lanyard (the rigger) was using was a restraint lanyard. It had no energy absorber and consequently, it was not the correct lanyard for the task where a risk of a fall existed.

Figure 13: The loader bucket in a raised position on 28 June 2012. The yellow marker post in front of the loader represents the height of the shaft gate.21

The consultants identified that the rigger’s fall arrest equipment (harness and lanyard) and the second mine worker’s lanyard would not have passed fit for purpose inspection if the equipment had been subjected to inspection in accordance with manufacturer’s user guides and guidelines published in Australian Standards (see Figure 18). 29

“Supervisors involved in the task planning did not document how the task was to be performed.”

The rigger’s fall arrest equipment lanyard was back hooked (choked) around a hole in the bucket and the Pensafe steel double action snap hook clipped back onto the lanyard rope (see Figure 19).

The method that the rigger used of back hooking the lanyard to the bucket was not recommended by the published guidelines in AS/NZS 1891.4:2009 figure 4.8 back hooking of lanyards (Figure 20). 32

Australian Standards have identified ‘safe use problems’ when anchorage lines are extended laterally.

Safe use problems are likely to arise if fall arrest devices are used in situations where the anchorage line is extended laterally from an anchorage point before reaching a point where the user is at risk of fall as illustrated in figure 5.3.’ and;


Unless specific advice is given by the manufacturer of the fall arrest device that the particular equipment can be safely used in this way, it shall not be so used.

Figure 17 Above: Remnant of the injured rigger’s fall arrest lanyard as found on the loader bucket. Note the remaining components of the failed lanyard have not been recovered from the base of the shaft.1

Simulations were conducted using the second mine worker’s lanyard back-hooked to the top of the bucket similar to how the rigger had back-hooked the lanyard to the bucket.

It was observed that in the scenario using a 2-metre lanyard back-hooked around the top of the bucket and a person falling over the front lip of the bucket would result in the harness and upper body of the person striking the front edge of the bucket during the fall.

The angle of the rigger’s lanyard at the instant the lanyard failed is not known (see Figure 22).

Following the incident, the mine took the following remedial actions:

components comprising a full body harness connected to an anchorage point or anchorage system either directly or by means of a lanyard or pole strap, and whose purpose is to arrest a fall in accordance with the principles and requirements of ASNZS 1891.4. (AS / NZS 1891.4 Clause 1.4.5).

23. NSW Workcover Managing the Risk of Falls at Workplaces Code of Practice December 2011 – lanyard an assembly consisting of a line and components which will enable connection between a harness and an anchorage point and will absorb energy in the event of a fall. 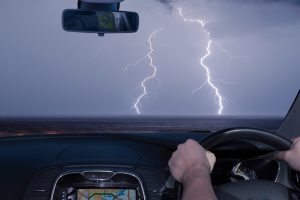 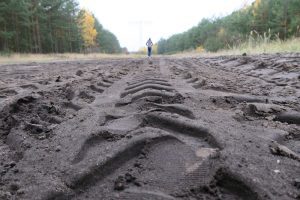 Tyre change activity at the centre of Curragh fatality investigation