AMSJ » Springvale mine surrounded by fire 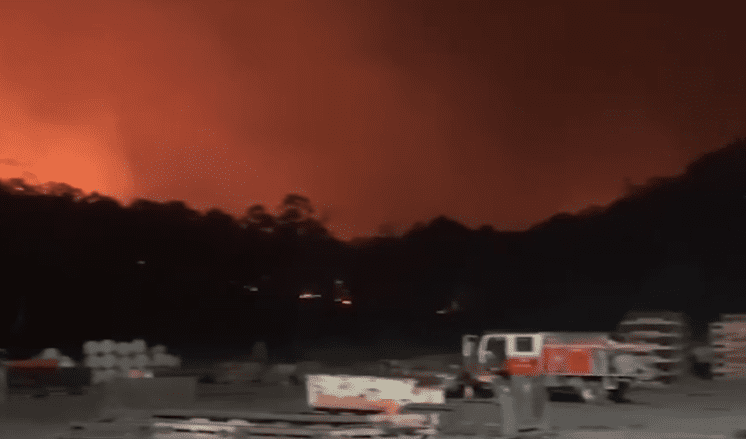 A video has emerged of the Springvale mine surrounded by a bushfire on nearby Gospers Mountain.

While the Springvale coal mine closed last week due to the risk of fire and smoke, the company said its is well prepared with coal stockpiles isolated from the effects of bushfires.

Many of the site’s team members have been involved in local fire fighting efforts.

“We are well prepared and well supported by the RFS and Fire and Rescue,” spokeswoman Katie Brassil told the ABC

“We lost power to the mine last night which means there has obviously been some damage to infrastructure.”

“A lot of crews were deployed near that power station just to make sure the fire did not get into the coal,” he said.

“We will have crews there today monitoring that condition just to make sure we do not have any problem fire starting.

“The last thing we need is something like that going.”