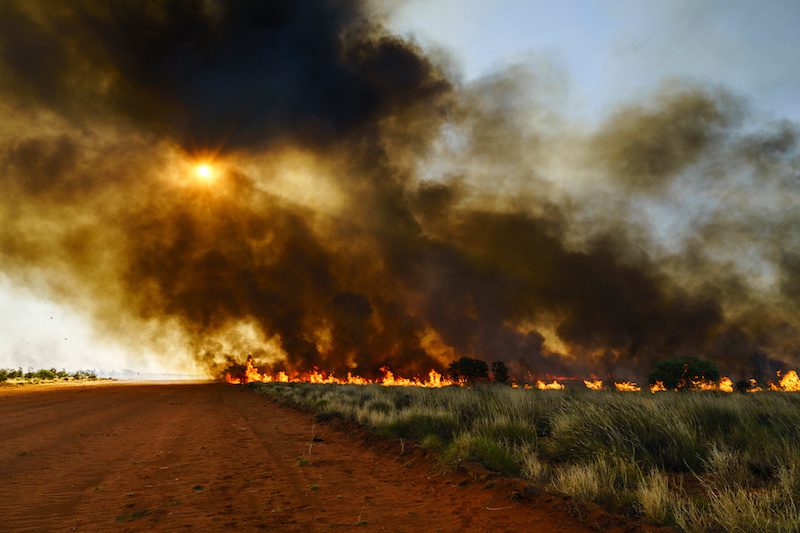 With the range of bushfires burning across Australia at the moment, miners are advised to consider the potential effects of smoke in underground mine ventilation given its ability to mask a range of conditions including heatings and spontaneous combustion events in underground coal mine operations.

While most people across the industry acknowledge that conditions such as itchy or burning eyes, throat irritation, runny nose and illnesses such as bronchitis exist from smoke particulates, a range of other factors should be considered when underground mines are ventilated with air containing smoke particulate matter and potentially increased levels of carbon monoxide.

Other effects of bushfire smoke include increase concentrations of Carbon Monoxide (CO) in the intake air of mines. Some mines have reported that adjacent smoke has increased concentration of CO by 1-2 ppm. Combined with other sources of Carbon Monoxide such as underground diesel engines, the additional component of CO may result in increased personnel exposure if not assessed.

The daily, 8-hour time-weighted average exposure standard for CO adopted for most mines is 30 parts per million (ppm). generally, short-term higher exposures may be permitted provided the average does not exceed 30 ppm. However, exposure controls should aim to keep the carboxyhemoglobin (COHb) levels below 5%.

Smoke haze on surface operations may also result in impaired visibility for operators of plant and equipment.

Want to know if there’s a bushfire burning near your mine? Check out the Australian Bushfire Map that provides real-time updates of the status of fires.