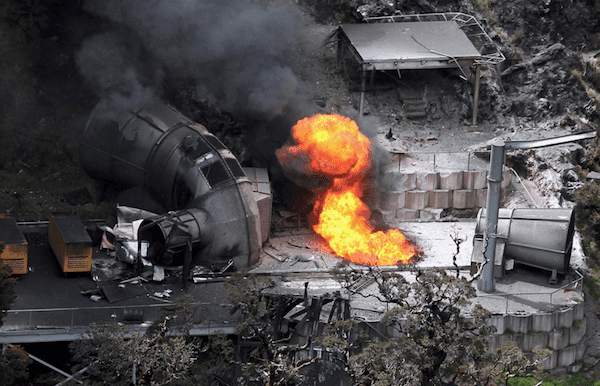 In a follow-up to our recent story on the re-entry and recovery of 29 miners who perished in the Pike River Mine Disaster, video footage from inside Pike River Mine Borehole 44 appears to show no signs of fire underground.

The video released publicly last year and filmed in 2011 shows an intact pallet, rubber hoses, a toolbox and a pair of glasses on the floor of the mine. The glasses are believed to belong to Ben Rockhouse, who was the only miner in the mine to wear glasses on the day of the disaster.

Mr Rockhouse’s mother Sonya says it proves what officials told the families in 2010 was wrong. After viewing the video some time ago she told Newshub  “I’ll never forget those words ‘There’s a raging inferno and there’ll be nothing left of them but dust’ and that simply is not true.”

The video evidence clearly contradicts what families of the victims of Pike River Mine disaster were told  on November 24, 2010 – that the no one would have survived, and the bodies would have been reduced to nothing.

The footage was taken by a camera lowered down a borehole which had been drilled from 126m.

According to the Pike River Recovery Agency, BOC staff are currently commissioning the BOC N2 Generators Units in preparation to inertise the mine prior to entry over the next few months.