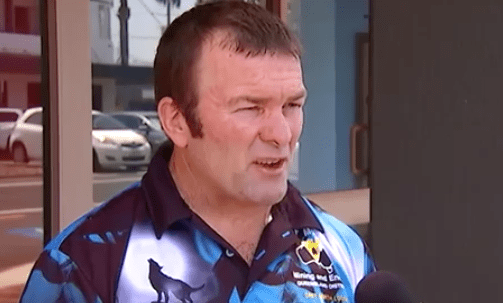 The CFMEU Mining and Energy Queensland President Stephen Smyth says that 340 jobs will go at the BMA Goonyella Riverside mine as the automation of mining trucks rolls out. Alarmingly, he has also highlighted that there are eight other mines who are going to roll out automation in the region.

In a recent interview, Smyth said “We welcome technology as we all do, but it is the approach that BHP has taken at Goonyella Riverside with the implementation of the automation of these trucks. The lack of consultation,  really the lack of respect and dignity for the community and the workers out there. So we were taken back by the announcement, we knew they’ve talked about a trial but there’s a bit of a difference between a trial and full implementation which is what they’re saying now will occur”

“They’ll be at least 340 jobs lost of labour-hire employees. They’ve been cute with their wording they’re saying that they’ll be no forced redundancy of their permanent employees.  Yet they’re just prepared to throw the labour-hire employees who have been there. Some have been there for a long long time, some being there over five, six, seven years. They’re not including them in their numbers. There will be a loss of at least 340 jobs”  he said.

When asked if he thought the job losses at Goonyella Riverside would be catastrophic for the region?

“If you look at the demographics, at least 50% of the people live in Moranbah probably another 30% live within the Mackay Whitsunday region and there’s probably another 20% that are more transient. You have one job lost this is one too many because it takes away a family and a service to these communities. BHP you expect more of the big Australian because what they are doing is un-Australian, ” Smyth said.

What the solution here, what would you like companies to do in the implementation of technology?

Consultation,  actually sitting down with the stakeholders and having a conversation and…that’s what they don’t do. They’ll tell you that they’ve been communicating with the community, they send out a flyer here and there, they’ll they run a newspaper ad and put something on social media. But from the unions perspective, this is just their continuation to want to deunionise their workforce.
It started with FIFO, started with labour-hire, then it went to operational services and now we have got the automation.

The thing about it is is it we welcome technology as anyone does, but there’s a process and how you do it. What they’ve done this time around is certainly not that process. It’s very underhanded and, of course, very cunning and now very disappointing of course.

What are the members saying out at Goonyella Riverside?

“BHP hasn’t said this, but this is one of eight mines that they are going to do this too.  This is the start. There are a lot of questions that are unanswered, and again I’ll go back to the fact with the labour-hire employees who are also members of ours

They are unsure about their future at this stage because it’s the way they’ve gone about it. They keep saying there’s going to be jobs created but that’s nonsense!

“BHP hasn’t said this, but this is one of eight mines that they are going to do this too”

Smyth says that the CFMEU will engage the company through formal consultation around the issues to see how things can be averted and mitigated so as not to have much impact on these employees, both labour-hire and permanent.

Smyth said that he still doesn’t understand why or what is BHPs’ purpose in bringing in full automation. “In our view, the purpose is to ensure maximum profits back to the shareholders. There’s really no benefits in it for the employees and the unions got a view on this. The state labour government needs to come out and also the federal government in this space”

“If you want to go to automation you should lose your diesel fuel rebate, you should pay the additional royalties, there should be no forced redundancies, you should provide additional training. All these other factors have got to flow into it. I’m calling the BHP to come clean with they’re both their social and economic impact statement that they would have done for this. They should be telling everyone how good it is going to be for those workers out there and that’s what we’re looking forward to. They’ve been pretty silent in that space, you know its a concern” Smyth highlighted.

CFMEU Mining and Energy Queensland President Stephen Smyth said “We are yet to see that!  You know what they’re doing,  it is it going to have a mixture of automation and people still operating the equipment so you going to have that interaction. So again this about what is safer in their (BHP) views. There’s obviously going to be a review of what the safety and health management system involving the workers who are going to do the tasks.  They keep preaching how safe it is, but we’ve still seen incidents in WA, which BHP should be fully aware of,  their automated trains, at some of their operations where they continue to have truck collisions.”

“So you know,  to come out and broadly say it’s going to be safer, they still have got to demonstrate this demonstrate it’s got to be safe and an acceptable level of risk. We have still got to see that and how they going to do it” he added.