AMSJ » Collision between an excavator and a dozer 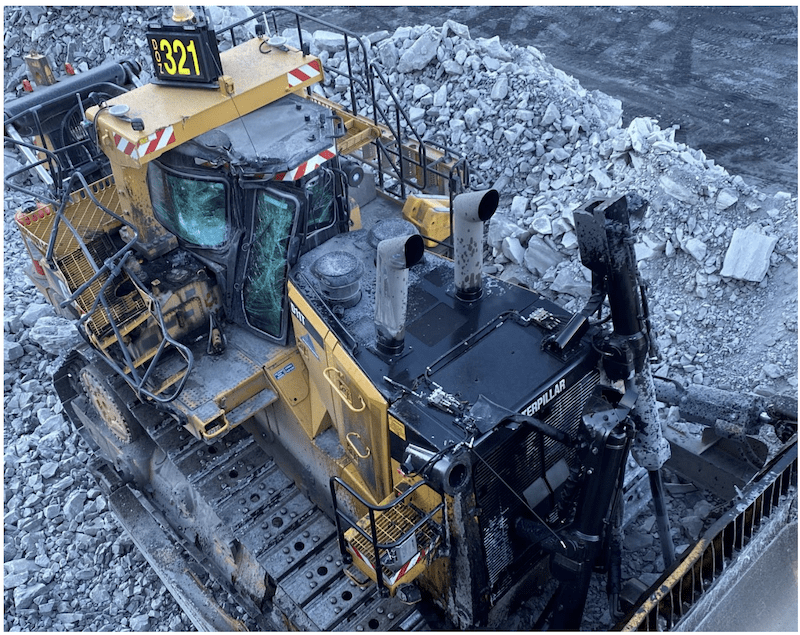 The NSW Resources Regulator has published an investigation report into a collision between an excavator and a dozer at Maules Creek Mine on 26 May 2021.

According to the report, a dozer was located in front of, and facing towards, the excavator as it was loading a truck. When the excavator finished loading the truck, the dozer driver made a radio call (positive communication or ‘pos-com’) to the excavator operator requesting that he be permitted to move the dozer from the front to the rear of the excavator.

There was a narrow gap on the offside of the excavator and the edge of a bunded low wall where the dozer could pass. The gap was about one metre narrower than the width of the dozer blade.

The dozer driver saw the rear of the excavator begin to slew and immediately reversed the dozer. The speed of the slewing excavator was faster than the speed the dozer could reverse. The counterweight passed over the dozer blade and struck the cabin structure of the dozer. The dozer operator was wearing a seatbelt and could only move his arm and legs to prevent being crushed by the cabin structure. The crushed cabin jammed the door closed and required the dozer operator to kick out a side window to escape the cabin.

The preliminary investigation identified that the following human and organisational factors contributed to the incident: