Our thoughts are with family, friends and colleagues of the mine worker who has tragically passed away following an arc gouging on a wear plate at the Goonyella Riverside coal mine near Moranbah at the weekend.

The mine operator BMA has advised that support services are in place for family, friends, and colleagues at Goonyella Riverside Mine.

Mines inspectors have been at the mine since the weekend undertaking a thorough investigation into the cause and nature of the incident. It is believed that the incident involved a Terex RH340 Excavator weighing 550 tonnes The excavator is used for digging and loading overburden material and coal into haul trucks to transfer it to designated dump locations.

It is believed that the mine worker was struck in the upper forehead area by a steel wear plate following air carbon arc gouging the wear plate, and had lifted his welding face shield and hung the air carbon arc gouger handpiece over the adjacent handrail on the work platform that he was working upon.

He was looking at the steel wear plate when it suddenly released and sprang up 600 to 650 mm striking him in the head.

A BMA worker has been seriously injured at the Goonyella Riverside mine site on Saturday morning.

He is a husband and father of a 11-month-old baby boy and believed to be in surgery currently.

A BMA spokesman confirmed the incident.

Queensland Ambulance Service was called to the site about 1 am on Saturday.

The 31-year-old man is believed to have sustained a head injury.

“BHP Billiton Mitsubishi Alliance (BMA) confirms that an incident occurred at Goonyellla Riverside Mine today, which resulted in a serious injury to one of our people,” the spokesman said.

“Our highest priority at this stage is for the care of the individual involved in the incident.

“BMA is working closely with the relevant authorities on this incident.”

AMSJ understands that workers turning up for their shifts this morning didn’t get past the gate, and were sent back to camp. 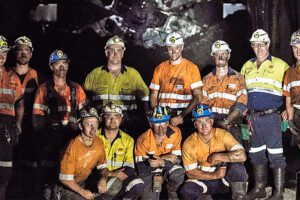 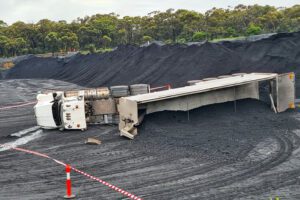 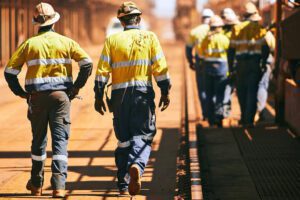