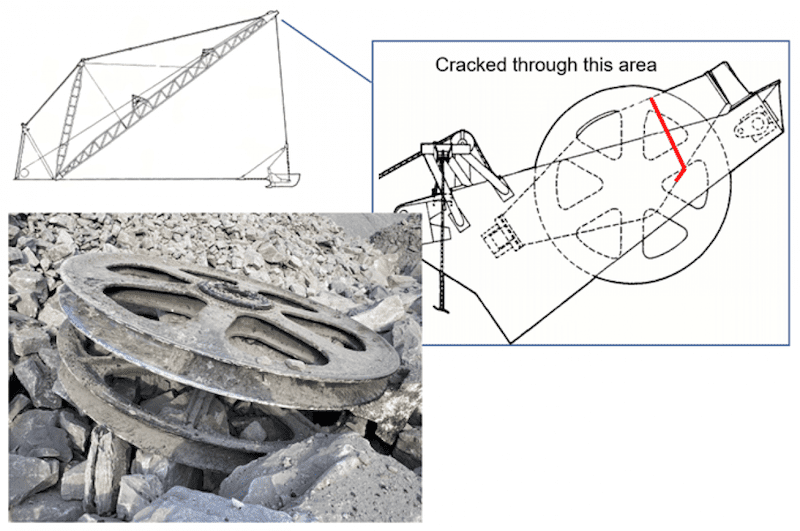 Queensland Coal Inspectorate has issued a safety alert following a major structural failure of the boom point sheaves on a BE1370 dragline, which allowed the sheave assembly to fall from the boom point and land in the pit.

A Coal Mine Worker (CMW) was operating a B1370 Dragline and in the process of slewing with a full bucket (in preparation to dump onto spoil). The CMW heard a loud noise and shortly afterwards the bucket fell to the ground along with a portion of the snapped hoist ropes, followed closely by the boom point sheave assembly.

The Inspectorate stated that the key issues were a structural defect of the boom point sheave swivel yoke was not identified during routine maintenance. The location of the failure was difficult to visually inspect due to its location and the build-up of grease.

The inspectorate’s recommendations are:

Investigations are ongoing and further information may be published as it becomes available.