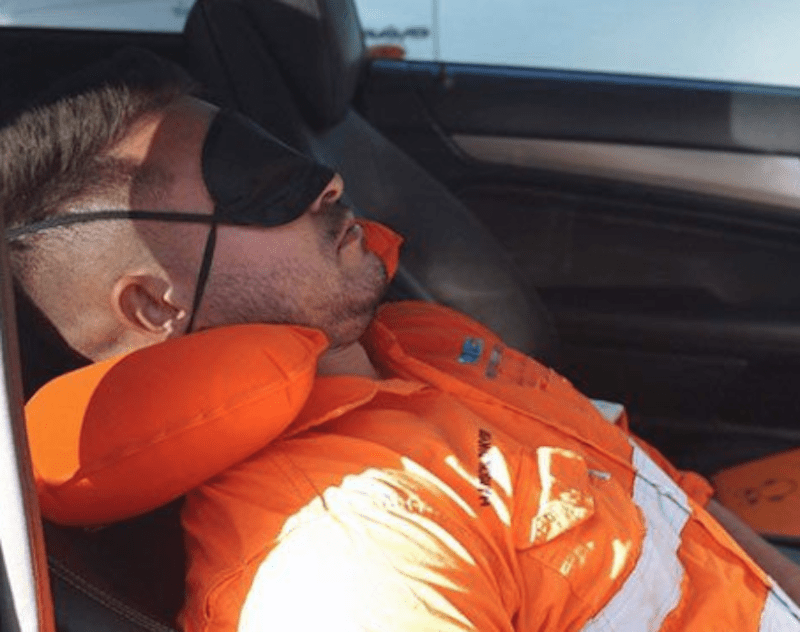 Driving while sleep-deprived has reached worrying levels in Australia, with 20 per cent of respondents to a new survey admitting they have fallen asleep at the wheel at least once.

Of those, 5 per cent said they had a car accident in the past year because they dozed off or were too tired.

29% of people drive when drowsy at least every month!

Drowsy Driving accidents in Australia are estimated to cost the community more than $2 billion per year.

Which drivers are at risk for ‘drowsy driving’?

I find those statistics unacceptable. So  I started to research and advocate Power Napping.

The scientifically proven benefits were indisputable.

But I heard so many queries about “how long to nap?”, “how do I power nap?”, “Why does it make me feel worse if I nap for hours”?

So many questions that I just had to come up with an answer! So I did!

All the tools and education needed to take control of your own drowsiness.

To recognize the critical signs of drowsiness and fatigue and to act upon them.

A simple yet effective education on the dangers of Drowsy Driving.

The Drowsy Driver Reviver Kit  encourages users to take control of their own drowsiness and act upon it in a positive way.

It will help you understand & recognize the critical signs of drowsiness and the need to pull over for an effective power nap.

What are the ten critical signs of driver fatigue?

Time to STOP-REVIVE-SURVIVE & use your Drowsy Driver Reviver Kit

The Drowsy Driver Reviver Kit has been implemented on a number of mines in the Bowen Basin.

Moranbah North, Saraji Mine, Komatsu and Daunia Mine have distributed thousands of kits to their workers with very positive feedback.

I also offer free toolbox talks on distribution of the kit.

Transport companies are now also recognizing the value of the Drowsy Driver Reviver Kit as an innovative and life –saving tool. All road users will benefit from having a kit in the glove box.

The Drowsy Driver Reviver Kit has now travelled to every state in Australia as well as New Zealand and New Caledonia.

For more information check out the Drowsy Driver Reviver website