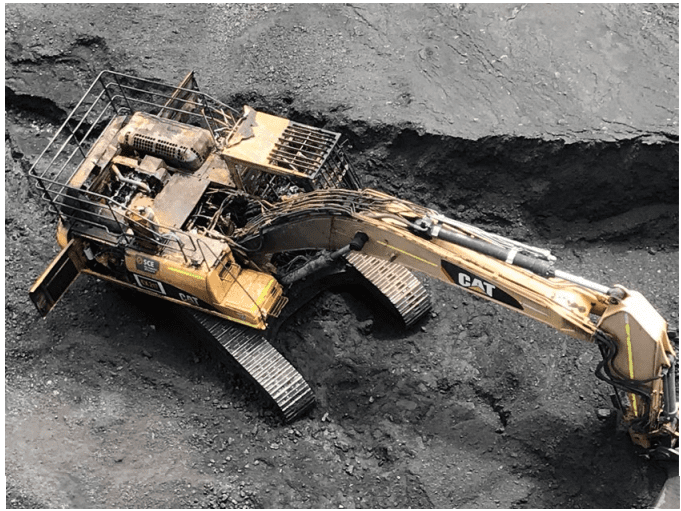 The NSW Resources Regulator has reported a fire incident that occurred on an excavator at an underground coal mine.

According to the report, the excavator operator jumped clear of the cabin to escape a fire that engulfed his machine. The operator did not have time to activate the fire suppression system and the cabin was destroyed. The position and extent of the fire indicate catastrophic engine failure, potentially caused by ruptured fuel or oil lines outside the engine envelope. The fire propagated forward towards the fuel tank, with evidence of significant heat around the main boom pivot. The excavator recently underwent a major overhaul.

This incident is under investigation and further information may be published at a later date.

The NSW Resources Regulator has reported an incident of a haul truck engine fire in an underground metals mine.

According to the report, while driving to the surface park up area, approximately 100 metres from the portal, a haul truck’s engine caught on fire. The haul truck operator saw the flame coming from the exhaust guard. The fire suppression system was initiated, which extinguished the flame.

The mine identified that the ‘O’ ring failed, resulting in the spray of hydraulic oil onto the hot engine components. The Resources Regulator has identified a concerning increase in reports of a fire on mobile plants. Escape of fluids ignited by hot surfaces has been identified as one of the top two causes, along with electrical wiring faults.