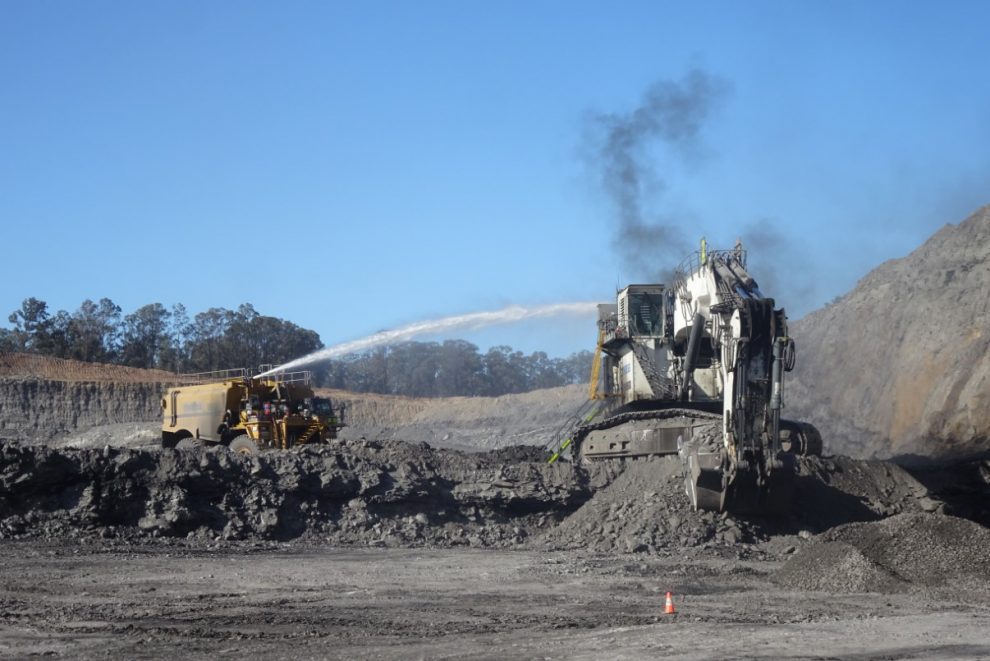 An excavator fire at an open cut coal mine was extinguished using an onboard fire suppression system and additional support from a water cart.

The NSW Resources Regulator has confirmed the incident in a release. It says that “An excavator at an open cut coal mine was operating during production when a fire occurred.”

“The on-board fire suppression system was activated allowing the worker to safely egress the machine without injury.”

“Further cooling via water cart was required to fully extinguish the fire. The fire occurred in the engine bay of the excavator, with the specific cause still to be determined.”

The Regulator is urging mine operators to conduct thorough investigations, by a competent person, to determine the root cause of any fire that occurs on mobile equipment.

It says an investigation should include :

Mine operators should also report the issue to the equipment manufacturer.

In early September an operator of a haul truck at Peabody operations died from injuries sustained in the fire.

In another incident, a fire occurred on the surface of an underground metalliferous mine when a dump truck exited the portal. The fire suppression was activated which automatically extinguished the fire.

The investigation identified that the radiator pump assembly’s o-ring in a hose/valve block arrangement failed, causing a mist of hydraulic fluid to be sprayed over a hot engine. The oil made contact with the engine because a cover had been left off. The cause of the o-ring failure was due to incorrect torque applied to the hose/valve block fitting. 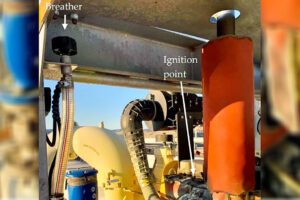