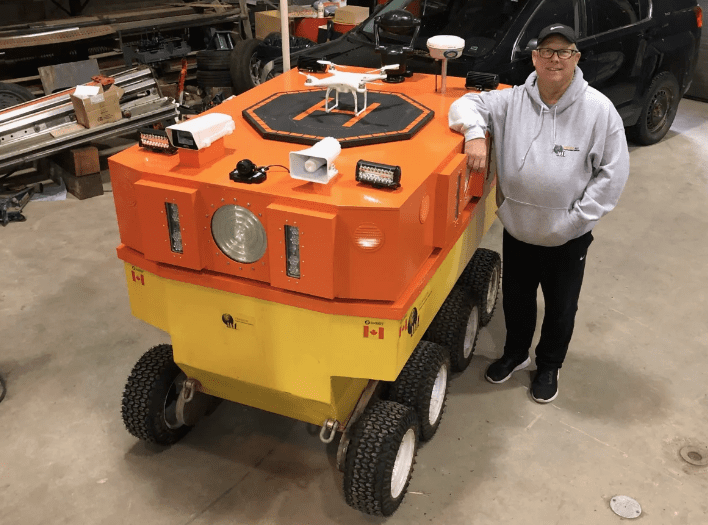 A former Candian Mine manager has developed a robotic search and rescue vehicle that reportedly can operate in mining environments under a range of emergency scenarios.

Greg’s company developed the robot following his personal experiences across a range of search and rescue events.

The teleoperated robot called Tele R-S & R can reportedly search continuously for 12 hours on land, water, and the air.

It is fitted with thermal cameras, 3D scanners, a UAV drone for aerial mapping and communications equipment the may facilitate two-way communications in rescue scenarios.

It also comes equipped with a tethered unmanned submarine that is fitted with sonar and an air recovery balloon that facilitates the raising of submerged items.

It is controlled remotely via a trailer-mounted control centre specially designed to be mobilised in an emergency. Greg has reportedly received interest from Sweden, the United States and South America for his robotic search and rescue tool that costs thousands of dollars.