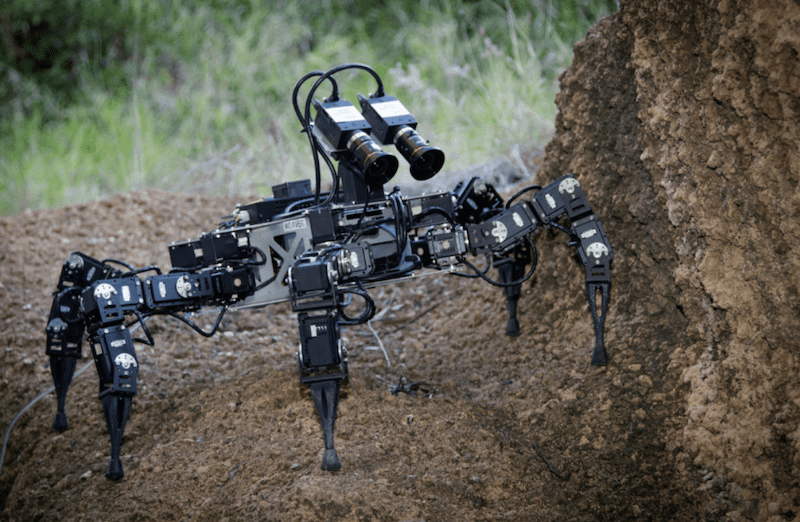 Robotics researchers from CSIRO’s Data61 are testing the capability of their robot’s in an abandoned gold mine in the US as part of a challenge run by the acclaimed US Defense Advanced Research Projects Agency (DARPA). It is expected that participation in the exercise may also contribute to the body of knowledge in the use of robots for mines rescue events.

This weeks program is a preliminary exercise as part of DARPA’s ‘subterranean challenge’ which involves nine teams from around the world testing the capability of their robotics in an underground environment at the Colorado School of Mines Edgar Experimental Mine in Idaho Springs.

DARPA said ‘the complex underground settings present significant challenges for military and civilian first responders. The hazards vary drastically across domains that can degrade or change over time and are often too high-risk for personnel to enter.’

DARPA says that ‘Teams participating in the challenge will be tasked with designing and developing novel solutions that address the challenges of subterranean environments in circuits for each of the subdomains to include tunnel systems, urban underground, and natural cave networks, culminating with a final event encompassing elements from all three environments.’

At this event, the Australian-led team comprises of 30 researchers from Data61’s Robotics and Autonomous Systems group, Emersent, Queensland University of Technology (QUT), the University of Queensland (UQ) and the Georgia Institute of Technology – was named in October as one of the competitors in the three-year contest.

The Colorado School of mines preliminary exercise involves the teams using robots to discover the precise location of a number of items underground. The items will include human mannequins, electric pumps, backpacks, cell phones, fire extinguishers, power sources and a range of gas leaks.

The teams will be scored on their systems’ ability to “provide rapid situational awareness through mapping of the unknown environment”, finding the items, and sending updates back to a base station “in as close to real-time as possible” according to recently released DARPA documents.

There have been significant attempts to use robots underground for mine search and rescue activities. Robots have distinct advantages in gathering data over rescue teams but have largely been unsuccessful in past mines rescues.

In November 2010, the NZ Military used two robots at the Pike River mine disaster. The first robot was sent into the mine four days after the disaster but broke down after travelling just 550 metres down the drift after being overcome with water. A further four robots were used (including some from the West Australian Water Corporation) but none completed their missions and broke down inside the mine.

Past testing of mines rescue robots have been conducted by the USA Based MSHA (Andros Wolverine), Queensland Government’s Simtars (Talon) and the CSIRO for several years (refer CSIRO Numbat Project). Difficulties have been encountered in post-disaster events due to terrain and water. Most robots previously deployed in mines rescue events were extremely heavy and were not suited to deployment by mines rescue teams or were unsuitable for use in potentially explosive atmospheres.

Difficulties in establishing reliable communications underground have long been a challenge for mines rescue robots. Some robots have utilised tethered communications cable (fibre optics) however challenges in spooling the fine cables have been difficult to manage.

Wireless communications have also yet to be proved reliable in underground mines rescue events with a past reliance on line-of-sight with base stations or repeaters needing to be maintained. Issues surrounding suitability of the existing system for use in flammable or toxic atmospheres have long been a problem.

The important work of this project through CSIRO Data 61 may be a further step forward to the successful deployment of robots for mines rescue data gathering.

The potential uses in mapping underground environments, determining the quality of airborne contaminants and even sensing life in survivors are all opportunities that were identified post-Moura No.2 1994 (Report on the accident at Moura No. 2 underground mine on Sunday 7 August 1994) Here’s hoping that the team and DARPA can add to the body of knowledge through these important tests and trials in mine environments.

READ MORE STORIES ON THE USE OF DRONES IN UNDERGROUND MAPPING 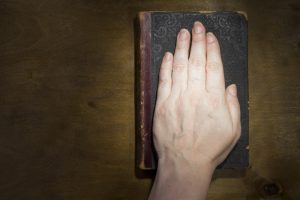 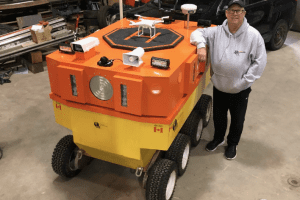 Former mine manager puts his hand to robotic search and rescue 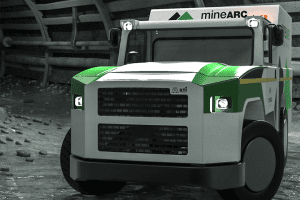