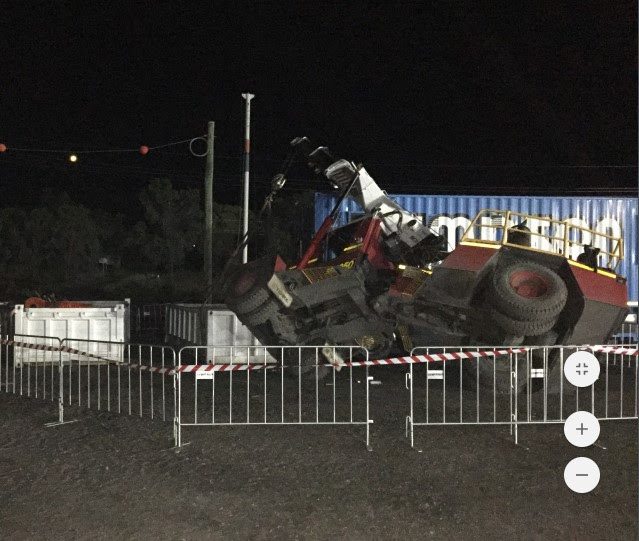 In another Franna crane rollover incident, the NSW mining regulator has called on mine and crane operator’s to consider the impact of terrain and load shifts during use of lifting equipment.

According to the regulator a 20-tonne crane rolled over at a site in the past week. The crane was reportedly travelling while carrying a load and rolled over while attempting to turn. Fortunately, the boom of the crane came to rest against an adjacent container and no personnel were injured.

The regulator has warned sites that when planning travel paths for mobile cranes, the path must be inspected and load charts must be assessed to confirm the crane will remain within safe operating limits.

The incident follows several Franna crane-related incidents where rollover have occurred on mining sites throughout Australia. Operation of cranes has been considered a key issue in most incidents.

In March this year, a Franna crane rolled on a ramp following braking failure. Another incident in late January 2019 a crane rolled over at the Callide mine and an operator was transferred to a hospital with spinal injuries.

There have been many reported incidents involving Franna cranes travelling above speed limits in recent years. See video below of Dash Cam footage of an incident.