AMSJ » Front-end loader and light vehicle collide at NSW mine 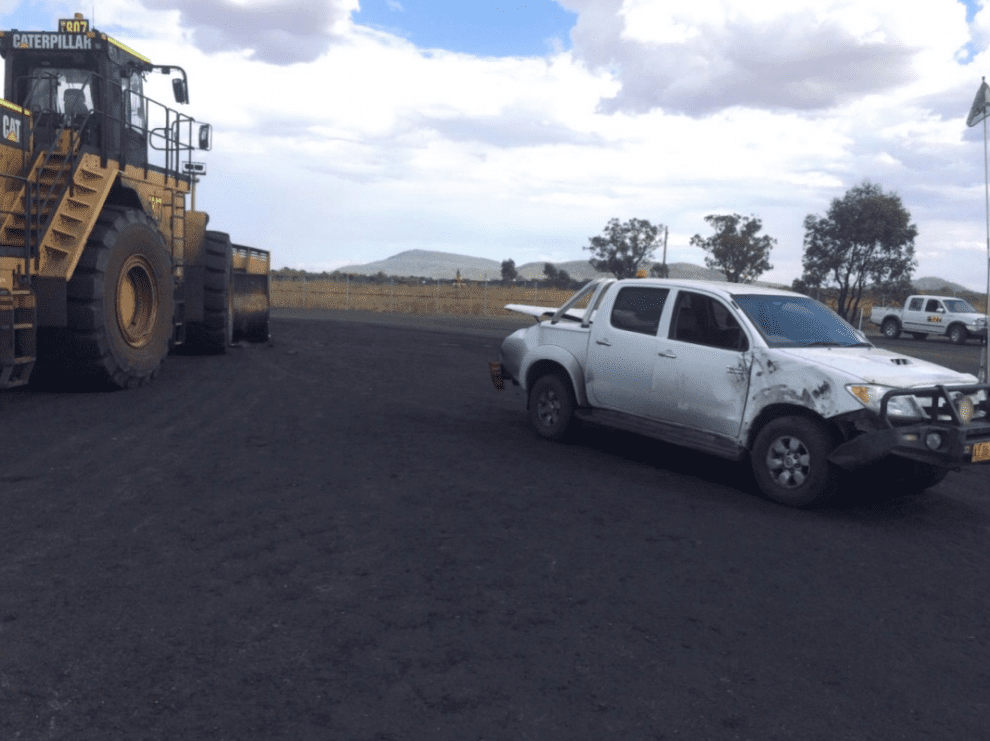 A front-end loader and light vehicle collided on a New South Wales mine site last month.

The incident, which occurred on March 12, saw a Caterpillar 992 front-end loader reverse into a light vehicle entering a coal stockpile work area at the Whitehaven Coal Handling Preparation Plant in Gunnedah.

The NSW Mine Safety Investigation Unit has commenced an investigation into the incident, which occurred when one of the contract haulage trucks on site became dry bogged on a coal stockpile.

“The site rules require all vehicles entering the CHPP to establish positive communications with mobile plant operating in the CHPP before entering. The light vehicle operator attempted to do this at the designated point of entry to the CHPP but received no response,” a NSW Mine Safety information release said.

“During this time, the loader operator returned to the operator’s cabin and began to reverse. The light vehicle operator was in the process of getting out of the vehicle when he heard the loader reversing signal.

The light vehicle operator then drove the damaged vehicle away from the loader. Both operators were shaken by the event, but fortunately, there was no injuries.

“Mobile plant interactions in mines and coal handling preparation plants, particularly between light and heavy vehicles, are a well-known risk to the industry,” the report said.

“When operating or travelling in mobile plant, the consequences of collision with other mobile plant can include serious injury or death. Positive communications and adherence to safety management systems is crucial.”