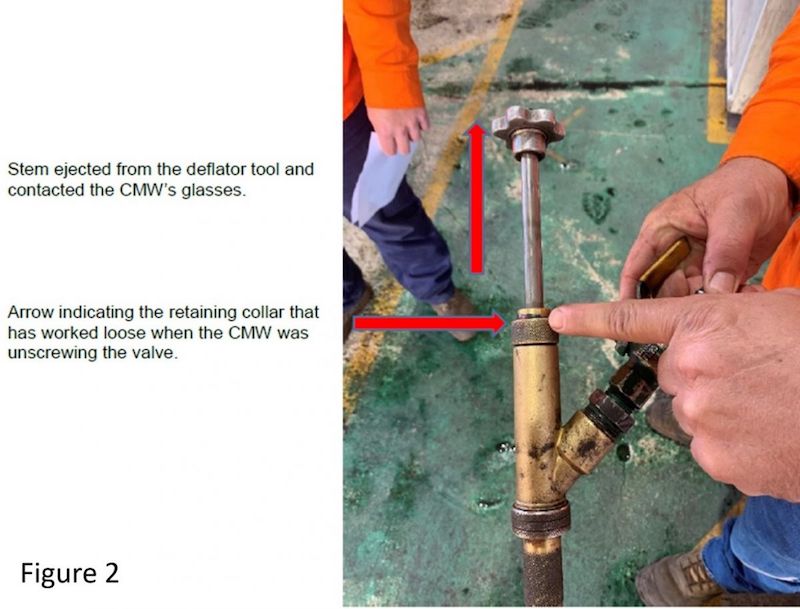 Queensland Mines Inspectorate has released a worker who has injured at a coal mine. On 25 August 2020 a Coal Mine Worker (CMW) was deflating an ultra-class rear dump truck tyre using a super large bore IN-80 inflator adaptor tool, also commonly known as a deflator tool (refer to Figure 1). The stem of the inflator adaptor tool has ejected and struck the safety glasses being worn by the CMW. The CMW was startled by the impact and stumbled backwards off a step ladder, falling onto the workshop floor.

The incident occurred when the worker was turning the handle of the inflator adaptor tool anti-clockwise to remove the valve core, the retaining collar has loosened and separated from the tool body and the stem has been ejected (refer to Figure 2).

The inspector stated the key issues are: